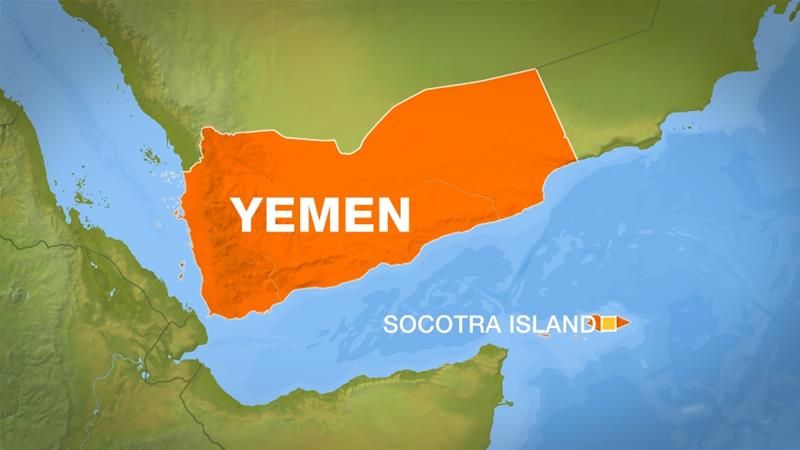 “The militias of the so-called Transitional Council in the Socotra carried out a full-fledged coup that undermined state institutions in the province,” Yemen’s official news agency reported, quoting an unnamed government official.

By the end of Saturday, the separatist group, which is backed by the United Arab Emirates (UAE), had taken control of most of the remote province from forces of Yemen’s internationally recognised government headed by President Abd-Rabbu Mansour Hadi.

“These militias launched an attack with various medium and heavy weapons, targeting state institutions and citizens’ properties, and stormed government camps and headquarters as well,” the official said.

“The government will not accept this absurdity.”

The secessionist STC also arrested several military personnel and civilians opposed to the presence of UAE-funded militias on Socotra, the officials said. Those arrested included Brigadier Abdel-Rahman al-Zafrani, commander of the air force in the province, they said.

No casualties were reported, said the four security officials, who spoke on condition of anonymity because they were not authorised to brief the media.

The STC fighters were the on-the-ground allies of the UAE, once Saudi Arabia’s main coalition partner in the years-long war against the Houthi rebels, who control vast swaths of territory in the country’s north.

The STC raises the flag of the former communist state in the south and has pushed to again split the war-torn country in two, as it was from 1967 to 1990.

Socotra Governor Ramzi Mahrous condemned the separatist attacks in his province, saying from his home in the Indian Ocean island that his forces would fight back. He did not elaborate.

On Friday, separatists seized several state buildings, including the governor’s headquarters, as they pushed into the provincial capital, Hadibo, and engaged in fierce fighting with forces loyal to the government of exiled President Hadi.

The fighting in Socotra threatens to cause irreversible damage to the World Heritage Site, which has rare dragon blood trees, plant species, spices and marine life, many of which are found nowhere else.

Earlier this year, the separatists declared self-rule in Yemen’s south and seized control of the city of Aden, a bid that sparked fears of fresh chaos in a country already embroiled in five years of conflict.

Last week, the STC declared self-governance and a state of emergency in the temporary capital of Aden and southern provinces, which caused tensions in Socotra as well as other provinces in the south.

The Yemeni government and provinces of Hadramout, Shabwa, al-Mahra, Abyan and the administration of Socotra have rejected the STC’s move, which has also drawn widespread international criticism.

Yemen has been devastated by a conflict that escalated in late 2014 when Houthi rebels, said to be linked to Iran, seized the capital Sanaa and forced Hadi to flee the country and take refuge in Saudi Arabia. A Saudi-led coalition launched a military offensive in support of Hadi in March 2015.

Five years of conflict have left thousands of civilians dead and nearly 3.7 million internally displaced, according to the UN.

The impact on the country’s infrastructure has been devastating, with major overland routes and airports severely damaged.

Last year, the UAE announced it was ending its role in the conflict. However, observers believe the Gulf country continues to be active through its proxies.

Before its withdrawal, the UAE set up a military base in Socotra, which enjoys a strategic location overlooking a vital international shipping lane. It also awarded Emirati citizenship to hundreds of residents and has recruited many others to help consolidate its grip over the island, raising tensions with Hadi. 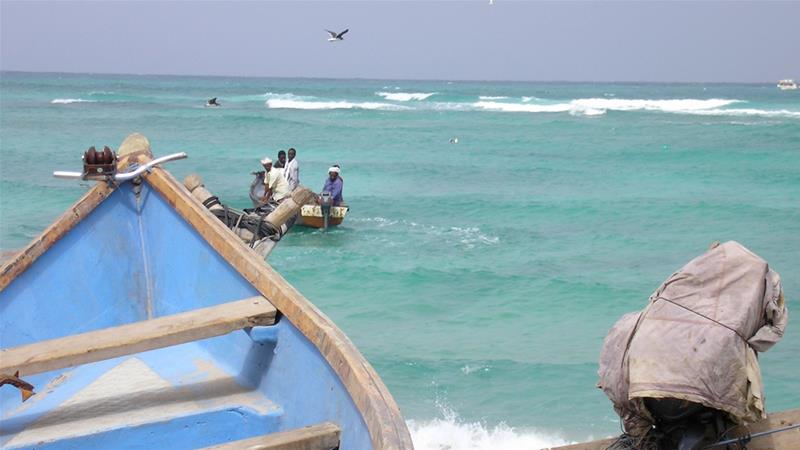 What is behind UAE’s military build-up in Socotra?