Ms Simonyan, a known ally of Vladimir Putin, spoke on Russia Today about how leaders in the Second World War faced firing squads after their armies were defeated. The editor-in-chief also said Russia’s recent losses have made her physically unwell.

In a televised debate, Ms Simonyan spoke about General Dmitry Pavlov, a historic Russian commander who was killed by a firing squad after being defeated by German troops who invaded the Soviet Union in 1941.

She seemed to imply the recent retreats by Russian soldiers were similar to the collapse of the Western Front, which Pavlov led.

Simonyan said: “I am quoting formulations under which the Western Front commander [Pavlov] was executed by firing squad in July 1941.”

It was not mentioned by the presenter that General Pavlov was pardoned decades after his death after an investigation found it would have been impossible for the military leader to fulfil his orders given by the Russian leaders.

She said Russian commanders in Ukraine had shown their “cowardice” due to their “unauthorised withdrawal from strategic positions.” 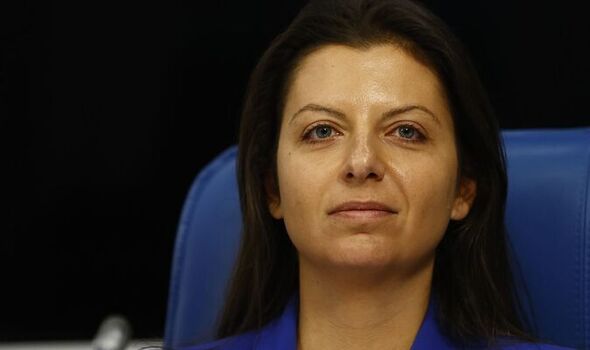 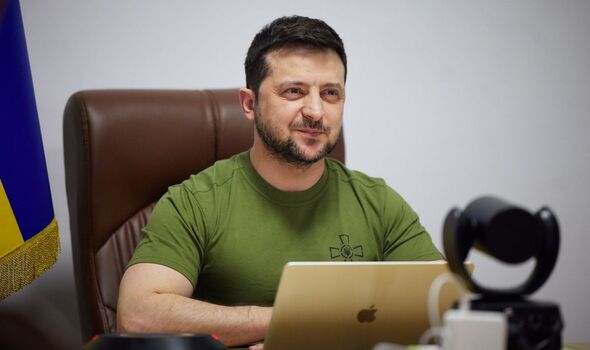 Earlier this week, Ms Simonyan criticised Russian military commanders and said they should be replaced.

She listed the Russian military’s failures as: “Cowardice, wilful abandonment of strategic positions without coordination with higher command, the collapse of command and control of the troops, inaction of power.”

RT editor-in-chief’s commentary comes after the Russian army withdrew from Lyman, a significant victory for Ukraine as the city was a key area for Putin’s military as a hub for transportation and supplies.

Volodymyr Zelensky said on Sunday that Lyman had been “completely cleared” of Russian soldiers and video footage on social media showed Ukranian soldiers waving the national flag at the entrance to the city. 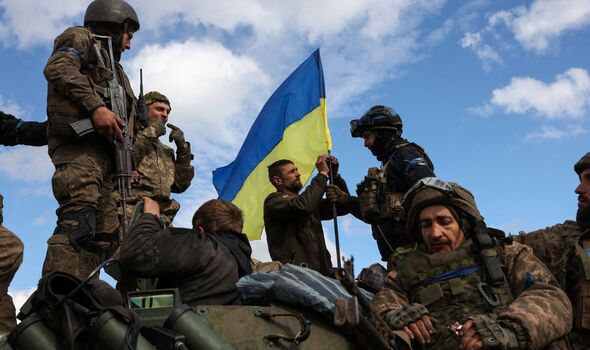 Ukraine has been making “rapid and powerful” gains in their counterstrike against Russia to retake territory, Zelensky has claimed.

He said the Ukrainian military has made “fast, powerful movements” in southern Ukraine and had liberated “dozens” of settlements this week.

Yevhen Enin, Ukraine’s deputy interior minister, said 50 settlements had been retaken and around 3,500 Ukrainian citizens had been freed from Russian military occupation in Kherson.

Illia Ponomarenko, a journalist for the Kyiv Independent, said on Twitter: “Good lord, Russian front is apparently collapsing in the south.

“I just can’t keep up with reports on newly-liberated towns coming every other hour.”

Russian forces have been forced to retreat to the northeast of Ukraine and have faced setbacks in southern Ukraine as well.

Ukraine managed to recapture Davydiv Brid, a key village in the region of Kherson

A video posted on social media showed the 35th marine brigade hoisting the national flag in the settlement, and Ukraine’s defence ministry said on Twitter: “The Ukrainian flag flies again over the village of Davydiv Brid.”

Vladimir Saldo, the Russian-installed leader in the Kherson region, said Ukraine’s military had managed to break through occupied land near Dudchany, a town held by Russia near the Dnipro river.

He said: “There are settlements that are occupied by Ukrainian forces.”

Zelensky said: “There are new liberated settlements in several regions.”

The Ukrainian President added: “Fierce fighting continues in many areas”.