VE Day – Victory in Europe day. A date many at the time could only hope for – and now, 75 years later, we’re still celebrating. Millions of people around the world rushed into the streets as the end of World War 2 was announced, in a jubilant celebration.

At 3pm, on May 8, 1945, Prime Minister Winston Churchill announced on the radio that the war in Europe had come to an end, after Germany had surrendered the day before.

Spontaneous celebrations broke out across the country – and indeed the world.

The Queen, then Princess Elizabeth, and her sister Princess Margaret were among them – joining a group of friends on the streets in London.

Flags were waved as people cheered and celebrated, with Brits hosting street parties. 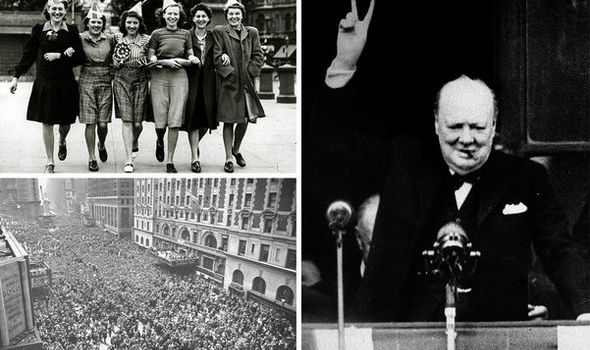 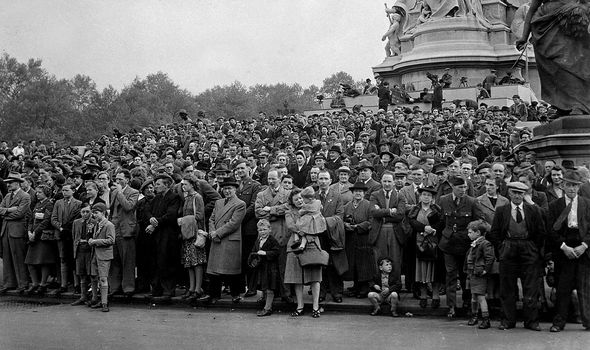 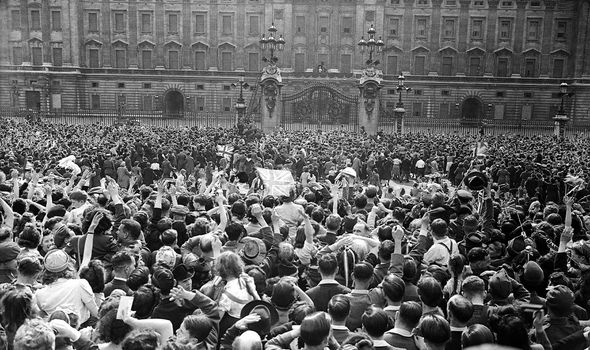 What is VE Day?

VE Day was the date the Allies celebrated the defeat of Nazi Germany on May 8, 1945.

As Winston Churchill announced the end of the war in London, crowds filled the streets from Trafalgar Square up to Buckingham Palace.

Princess Margaret and Elizabeth, the future Queen Elizabeth II, joined the crowd for the celebrations.

In the United States, President Harry Truman dedicated the victory to his predecessor, Franklin D Roosevelt. 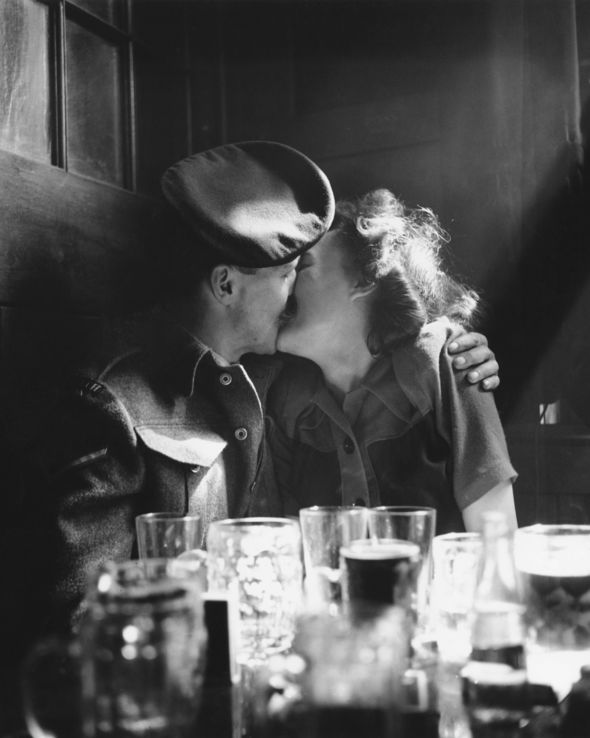 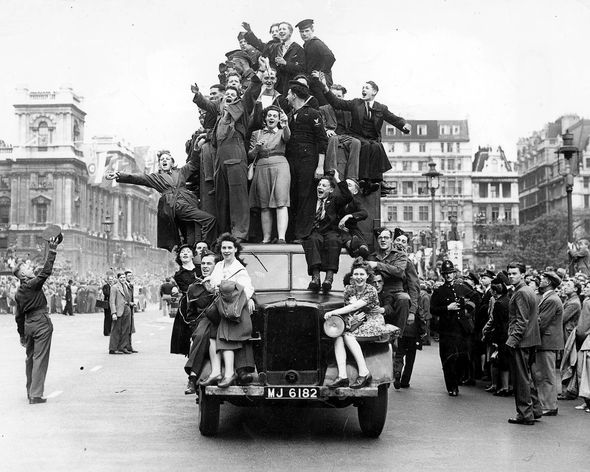 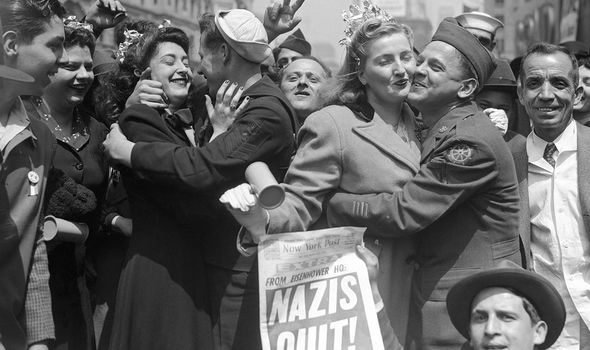 VE Day marks the official end of World War Two in Europe, but fighting continued until the war officially ended on September 2, 1945.

Some 75 million people died in World War II, including about 20 million military personnel and 40 million civilians.

Every year Britons mark this historic moment with a silence, held at 11am.

This year, however, the celebration ere due to be different – but thanks to lockdown, will be much more muted. 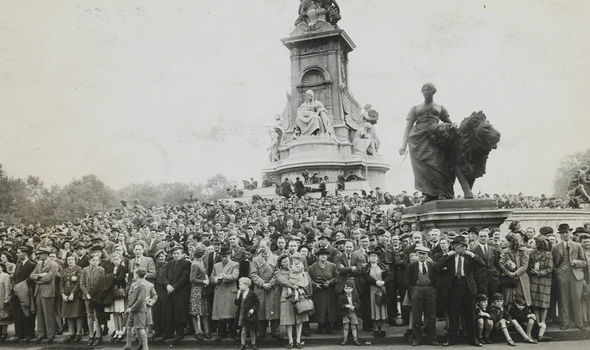 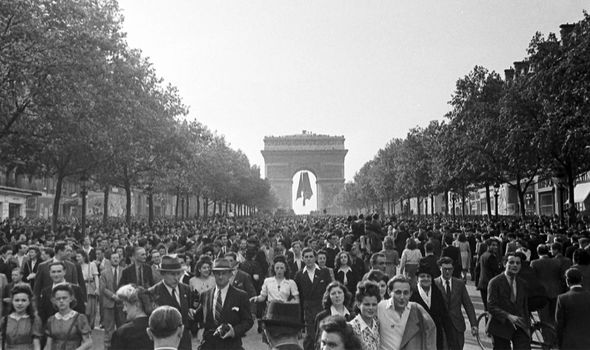 The lockdown prompted by the coronavirus pandemic means there will be no large scale street parties or parades.

Instead, people will celebrate privately in their homes – with Union Jack bunting and afternoon tea.

The BBC is airing a series of special programmes to mark the milestone, including a re-broadcast of Sir Winston Churchill’s speech.

Speaking from Downing Street, he said: “We may allow ourselves a brief period of rejoicing, but let us not forget for a moment the toils and efforts that lie ahead”. 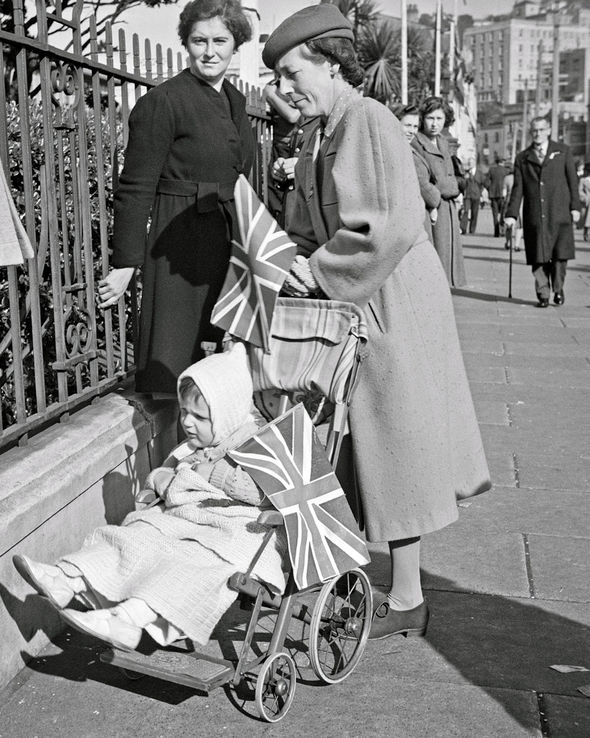 Prince Charles and Camilla, Duchess of Cornwall will also lead a two-minute silence at 11am to honour servicemen and women during World War Two

And a pre-recorded message from the Queen will be broadcast on BBC One at 9pm – the exact moment her father, King George VI, gave a radio address 75 years ago.

“We have come to the end of our tribulation, and they are not with us at the moment of our rejoicing.

‘Then let us salute in proud gratitude the great host of the living who have brought us to victory.

“I cannot praise them to the measure of each one’s service, for in a total war the efforts of all rise to the same noble height and all are devoted to the common purpose. Armed or unarmed, men and women, you have fought, striven, and endured to your utmost.”