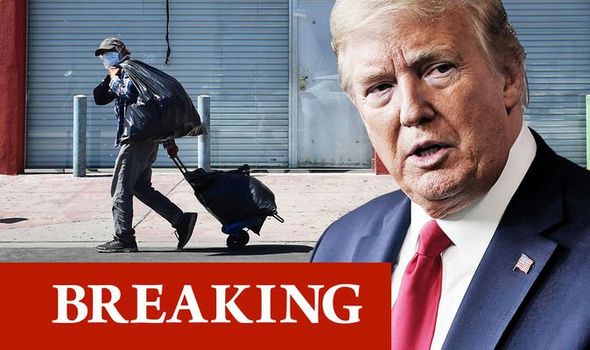 The US Labour Department said 4.4 million more people applied for unemployment benefits for the first time last week as the lockdown continued to wreak havoc. The latest data brings the cumulative unemployment benefits claims to more than 26 million since the week ending March 21, representing about 16 percent of the US workforce.

It means coronaviris has effectively wiped out the 22 million jobs created during a prolonged employment boom which began in September 2010 and screeched to halt in February when the disease crossed into the USA.

There are now fears the pandemic could spark a bigger unemployment rate than the Great Depression of the 1930s.

Scott Anderson, chief economist at Bank of the West in San Francisco, said:

“The US economy is hemorrhaging jobs at a pace and scale never before recorded. It compares to a natural disaster on a national scale.”

Weekly claims appeared to have peaked at a record 6.867 million in the week ending March 28.

But the report adds to a growing pile of increasingly bleak economic data and comes against a backdrop of rising protests against nationwide lockdowns to control the spread of COVID-19.

Donald Trump, who is seeking a second term in the White House in November’s general election, has been anxious to restart the paralysed economy.

The President welcomed steps taken by a handful of Republican-led states to begin reopening their economies, despite warnings from health experts of a potential new surge in infections.