Ukrainian man claims he was tortured by local police

A Ukrainian father has claimed he was tortured by local police after they switched sides to help the Russia forces following the village’s occupation. Andrii Matiazh, 46, whose son is fighting for Ukraine, said he was detained for a crime he did not commit and brutally electrocuted not by Putin’s forces but by local officials from his own village. He claimed the police officers fled to Russia once the Ukrainians had retaken the area, showing Sky News bruises on his body from where electrical clasps were attached to his body. The revelations have come during a period of success for Ukrainian forces as rapid counter offensives have led to the liberation of villages across the eastern region and forced Russia to retreat further towards its own border.

Mr Matiazh Sr said that he was told to attend a building behind the courthouse in his village of Volokhivka, in the far east of Ukraine, in the early months of the invasion.

The town, which is roughly 85 km east of Kharkiv and just four miles west of the Russian border, was one of the first villages to be occupied.

The father said he was detained by five individuals that he alleged were former members of the Ukrainian local police but defected to Russia.

He retold the horrifying events of being blindfolded, hit in the face “three or four times” before being “connected to a metal cable” and electrocuted. 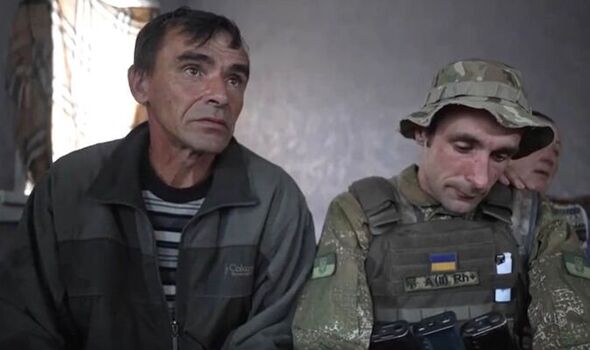 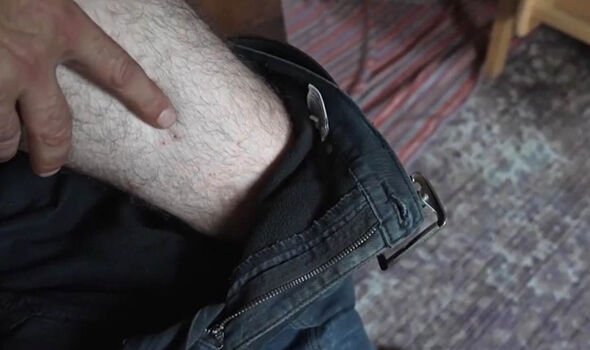 He said: “They took me to the second floor. I received three or four hits in my face. Then they tied up my hands behind my back, took off my shoes and socks, connected a metal cable to my small finger on my hands and to my foot. They laid me down and began to electrocute me.

“Capillaries in my eyes collapsed and my eyes became red. I had bruising. I even didn’t feel anything when they beat me in the face after the electricity.”

The crime for which he was allegedly being interrogated was a local theft that had nothing to do with him.

The torturing went of for two hours before Mr Matiazh Sr was told he would be released but would have to return within a couple of days. 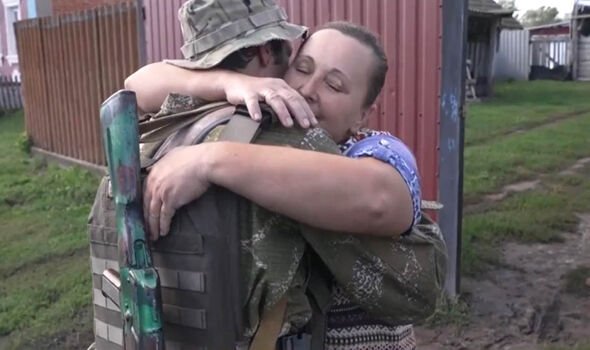 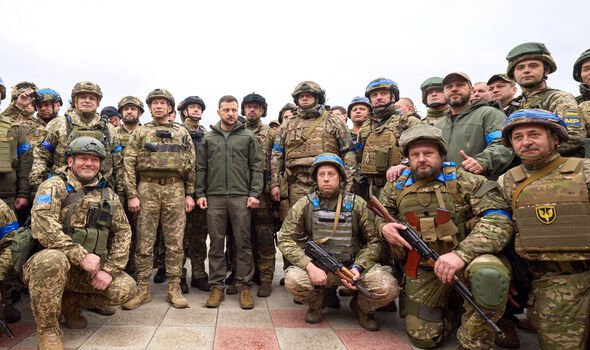 The request to return was ostensibly about the provision of further information relating to the crime but the father said he believed it was a veiled threat suggesting he needed to become an informant or face further torture.

When he arrived at home following the interrogation, he said he and his wife discussed fleeing the village but that they did not have enough money to do so; they decided to “hide somewhere in the bushes” and “wait for our soldiers” instead.

The civilians son, Andrii Matiazh Jr, who was reunited with his family following Ukraine’s counter offensive, said he had found the story of his father’s torture “creepy and terrible”.

He wondered whether his status as a Ukrainian soldier had been the reason his father was targeted, noting that a number of his classmates had joined the police and knew he was fighting. 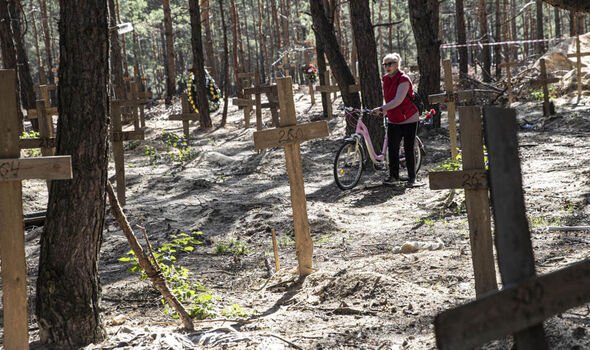 He said: “I am not accusing anyone but someone… betrayed me.” When asked about the whereabouts of the police officers, he added: “All the bad police guys ran away to Russia.”

But Mr Matiazh Sr was, despite the brutality of his attempted subjugation, one of the luckier ones; his faith in Ukraine recapturing his village was rewarded just over a month after Russia invaded on February 24.

Commanders of the Kharkiv branch battalions of the Azov territorial defence, Kostiantyn Nemichev and Serhiy Velychko announced the recapturing on Telegram at the time.

They wrote: “Our unit liberated the locality of Vilkhivka during the offensive operation. About 70 units of enemy manpower, three units of equipment were eliminated.  A command-staff vehicle and a multi-purpose light-armoured towing vehicle were taken as trophies. Twenty-seven occupiers were taken captive.”

While Mr Matiazh Sr was relieved of his worries in late March, many other areas have only recently been liberated, leaving civilians vulnerable to continual abuse. Mass graves, some of which include those buried with their hands behind their back, suggesting torture, have already been discovered in these towns.