Saky military base was rocked by a string of blasts, believed to have been caused by Ukrainian Special Forces, on Tuesday, killing one person. 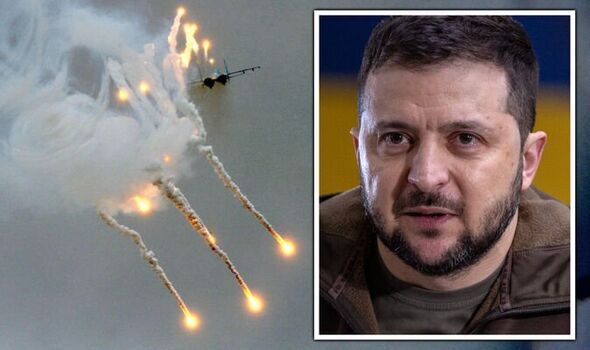 The Ukrainian President Volodymyr Zelensky said Moscow’s mounting losses should persuade its leadership to “find a way out of the war”.

Mr Zelensky said: “In just one day, the occupiers lost 10 combat aircraft. Nine in Crimea and one more in the direction of Zaporizhzhia. The occupiers also suffer new losses of armoured vehicles, warehouses with ammunition, logistics routes.”

Sergei Aksyonov, the Kremlin-installed leader of Crimea, declared a state of emergency and raised the terrorism threat level on the peninsula.

One Moscow official even suggested the blasts may have been caused by someone dropping a lit cigarette at the site.

Most of the damaged or destroyed planes are in a specific area of the base where a large number of aircraft were parked out in the open, away from the cover of hangars. At least eight aircraft were destroyed, including Su-24 and Su-30 warplanes. 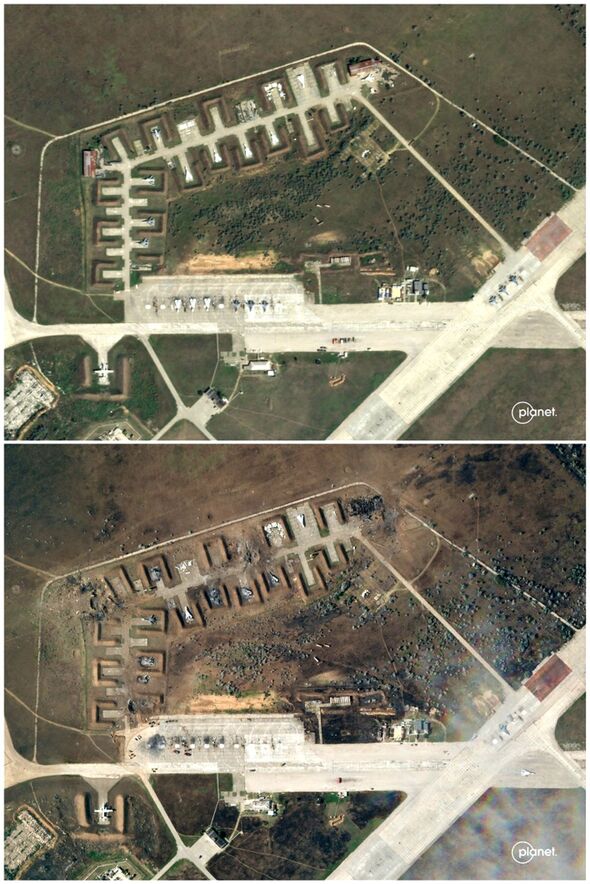 In addition, two buildings near the aircraft appear to have been obliterated, and damage and large burn marks are visible elsewhere at the base.

The Institute for the Study of War think tank said Ukrainian officials were framing the Crimea strike as “the start of Ukraine’s counter-offensive in the south, suggesting the Ukrainian military expects intense fighting in August and September that could decide the outcome of the next phase of the war”.

Eliot Higgins, director of the open source investigative website Bellingcat, said he “can’t think of a time Russia has lost this many air assets in one day in recent memory”.

Mr Higgins said: “I can make out three craters, at sites that appear to be used for storage, so it could be they were targeted and everything else was destroyed when whatever was stored there went up. One way to interpret those craters is precise strikes from a long-range munition.”

Saky airbase is home to ­bombers used regularly to launch missile strikes on Ukraine and patrol the Black Sea.