The Met Office meteorologist Alex Deakin said: “The weekend is here and the weather is looking very different to the past few weekends.” The BBC also said: “Well it’s certainly not going to feel like a day in June out there on Saturday.

“Certainly not compared to what we had last week when temperatures were in the mid to high 20s. Saturday is going to be a blustery one.”

Low pressure spinning in from the North East mean that the strongest winds will be across Scotland.

Gusts of 45 to 50 miles an hour could be experienced with some exposed coasts getting 55 mile an hour winds.

Mr Deakin commented: “Pretty unusual for this time of year so it’s going to be a windy start to the weekend and for some a wet start as well.” 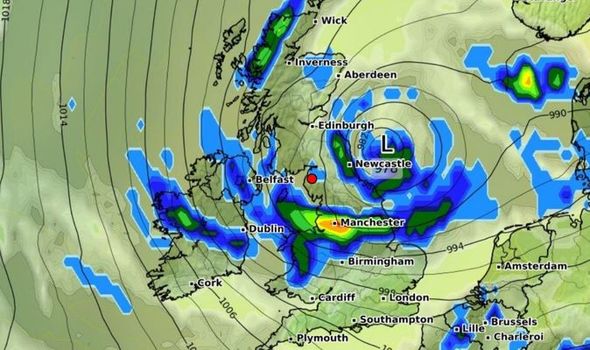 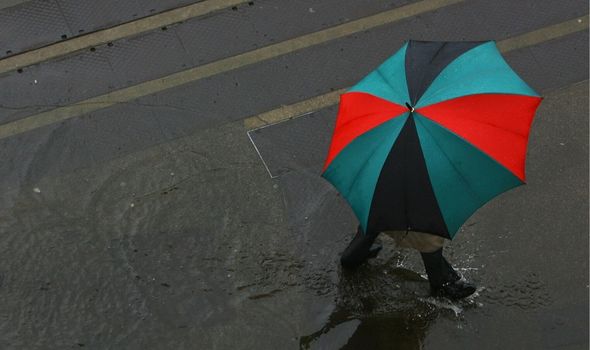 Saturday will have a chilly start with temperatures dropping.

“It’s a chilly start to Saturday and over northern England, Northern Ireland is quite a wet start too.”

Winds will be spiralling around the centre of a low-pressure system and close to this there will be some very heavy rainfall throughout Saturday. 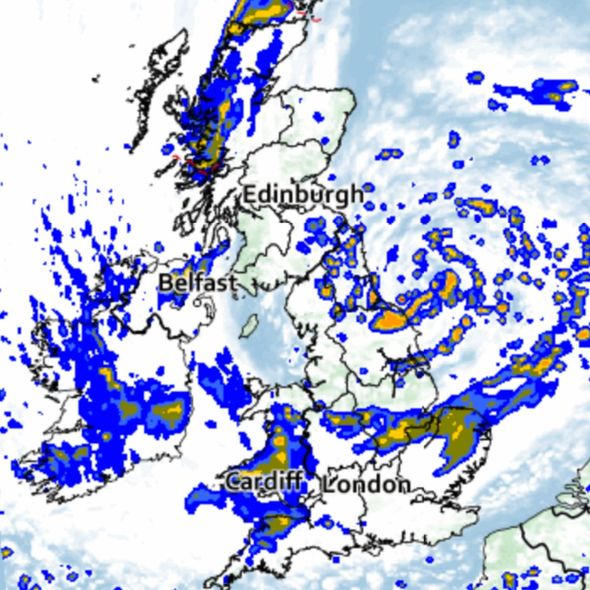 Mr Deakin continued: “Some thunderstorms working their way across north-east England down to the midlands towards East Anglia.

He added: “Central and Southern parts of Scotland should see some sunshine while temperatures could reach close to 20 degrees celsius.

“But for many we’re looking at mid-teens at best.”

Outbreaks of rain will be seen in Southern England throughout the afternoon, however, some parts of the Southern coast may not see too much rainfall. 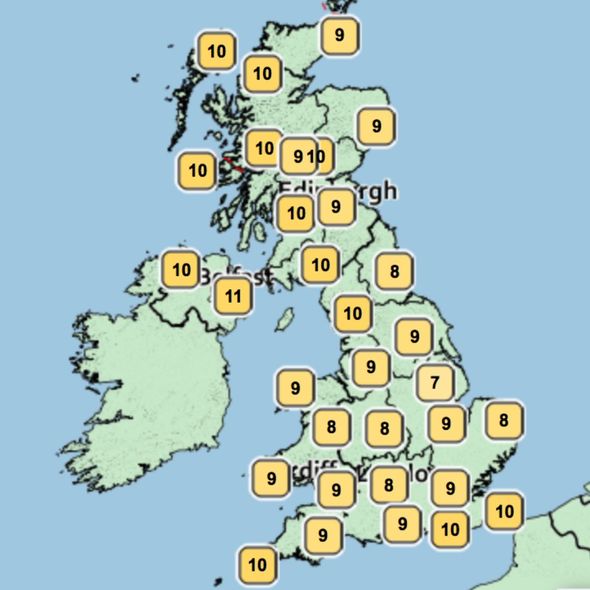 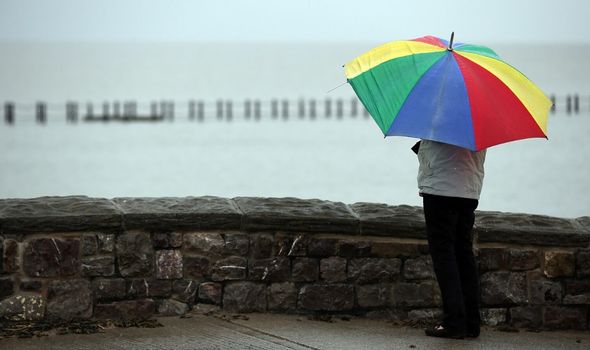 Flood alerts have been issued for England and Wales.

In England, river levels are expected to be high as a result of spring tides along the Thames riverside from Putney Bridge to Teddington Weir.

According to the Environment Agency, flooding of low-lying roads and footpaths is expected.

However, flooding of properties in this area is not expected.

The areas which are most at risk for this flood alert are low lying land and roads around Kilnsea village.

In Wales, a flood alert has been issued for the North Wales Coast.

At Liverpool, a flood alert is now in force for the next two days according to the BBC. 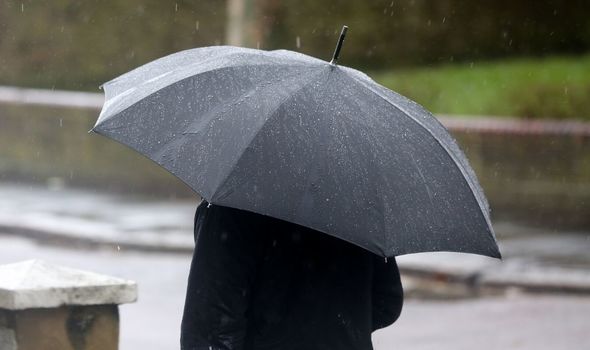 Mr Deakin said: “When it’s raining and with the wind it will certainly feel an awful lot cooler.

“Some of these showers are likely to be quite heavy with some thunderstorms over eastern England.

“They’ll continue through Saturday evening and then another band of rain starts to trickle South over eastern, down towards north-east England before the start of Sunday.”