The Met Office said Sunday has been “another hot day” in southern England, where top temperatures reached 34C at Herstmonceux, East Sussex, and 33.8C at both Heathrow, London, and Gosport, Hampshire. But this will end abruptly this week, as the Met Office said that “severe thunderstorms” may break out from Monday through to Thursday and issued yellow warnings for thunderstorms. NetWeather’s Terry Scholey warned of low pressure sweeping in from the Atlantic Sea – including from France. He said: “A thundery low set to move North from France, the threat of heavy showers and storms will become more acute into the new working week.”

Met Office forecaster Craig Snell said: “It has been a warm day for much of the UK and another exceptionally hot day down in its south-eastern quarter.”

The Met Office added that “not everywhere will see them, but where they do occur they could be significant and disruptive”.

Large parts of England and Wales have been warned that torrential rain, large hail, frequent lightning and strong gusty winds may hit as intense thunderstorms may break out through to Thursday.

Downpours could see totals of 20-30mm of rainfall in an hour, with some locations potentially receiving 40-60mm in three hours. 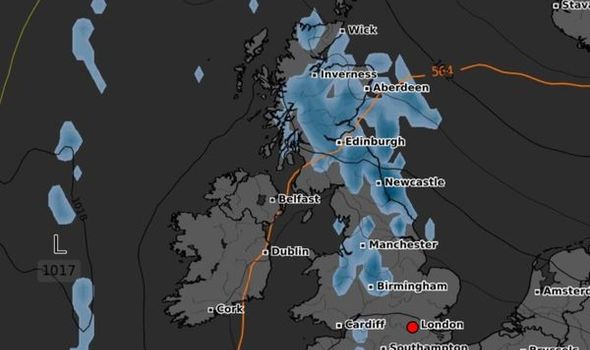 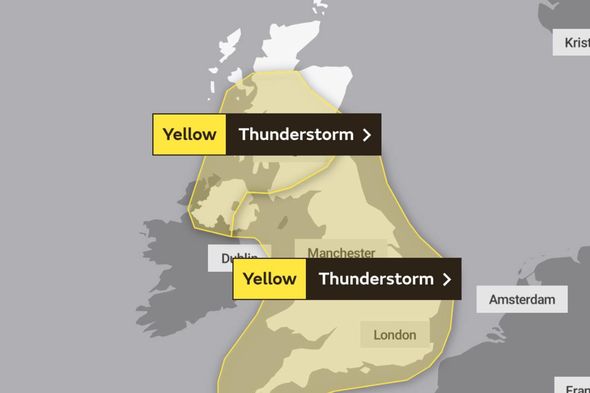 The Met Office added that these would be fairly isolated instances.

Parts of East Anglia and south-east England including Kent, Hampshire, London, Essex and Suffolk enjoyed temperatures that were in the 30Cs.

People in Dorset were urged to avoid Lulworth and Durdle Door on Sunday due to large numbers already in the coastal areas, and officials said they are closing roads to manage traffic.

A woman in her 30s died after getting into difficulties in the sea at Waxham on Sunday afternoon, Norfolk Constabulary said. 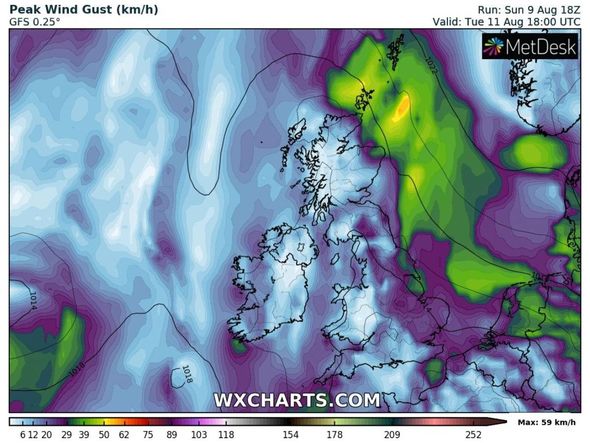 She was pulled from the water but was pronounced dead on arrival at hospital.

Superintendent Jason Broomem, of Norfolk Constabulary, said her death is being treated as unexplained but not suspicious.

On Saturday, HM Coastguard dealt with 340 incidents across the whole of the UK – the highest number of call-outs in a single day for well over four years.

The Coastguard co-ordinated search and rescue responses to a wide range of incidents, including people being cut off by the tide and children swept out to sea on inflatables. 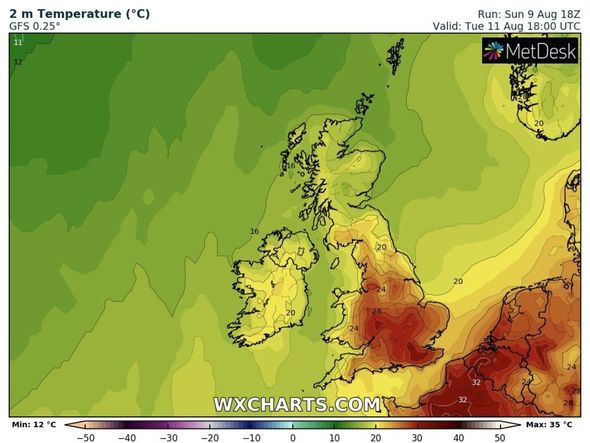 In total, the service rescued 146 people and assisted a further 371.

South East Water urged its customers to put away their hose pipes, garden sprinklers and garden water toys as it said that a spike in demand had left some people with low pressure or no water.

It said it has been pumping an additional 150 million litres of water around its network, the equivalent of 27 million additional toilet flushes, to keep up with demand over the summer. 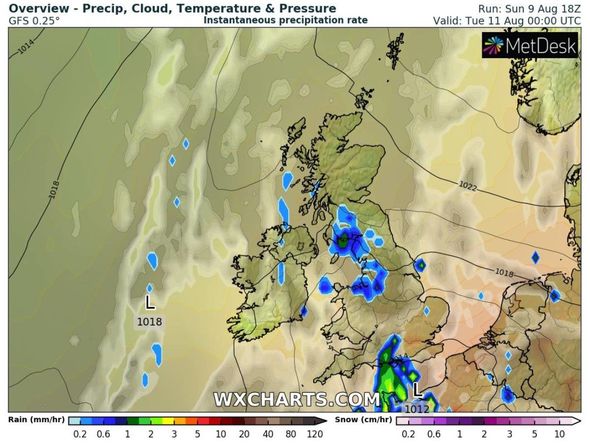 They put the increase in water use down to more people being at home and taking up DIY and gardening projects during the rise in staycations.

Saturday’s top temperature was 34.5C, which was recorded at Frittenden in Kent, Wiggonholt in West Sussex, and Herstmonceux in East Sussex, the Met Office said.