The organisation says the two workers were kidnapped in the southern city and later found dead. 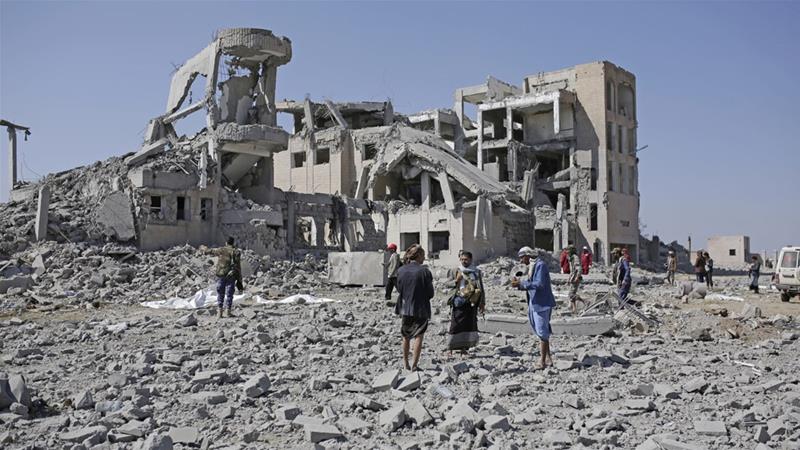 Two aid workers have been killed in war-torn Yemen’s south after they were kidnapped by unknown armed men, the United Arab Emirates (UAE) branch of the Red Crescent said.

In a statement on Twitter, Emirates Red Crescent (ERC) said it “expresses its deep regret and condemnation of the loss of Ahmed Fouad al-Yousefi, Coordinator of ERC Operations in Aden, and his fellow Mohamed Tareq … in one of the world’s most vulnerable and complex humanitarian zones.”

The two were kidnapped in the southern port city of Aden and later found dead, according to the statement.

The conflict in Yemen began with the 2014 takeover of the capital, Sanaa, by Houthi rebels.

A Saudi-UAE led military coalition allied with the government intervened in March 2015. The war has since killed more than 100,000 people, including thousands of civilians, according to a database project that tracks violence.

But a separate conflict has been raging in the south between government forces and southern separatists, backed by the UAE.

The two parties signed a power-sharing agreement in Riyadh last November, with little sign of implementation on the ground.

Security forces in the south have also come under repeated attack by both al-Qaeda and the Islamic State in Iraq and the Levant (ISIL or ISIS) armed groups.

The war in Yemen has triggered what the United Nations describes as the world’s worst humanitarian crisis, with 3.3 million people displaced and 24.1 million – more than two-thirds of the population – in need of aid.