ISTANBUL/ATHENS (Reuters) – Turkish President Tayyip Erdogan accused Greek security forces on Wednesday of behaving like Nazis for using force against migrants trying to cross the border from Turkey into the European Union. 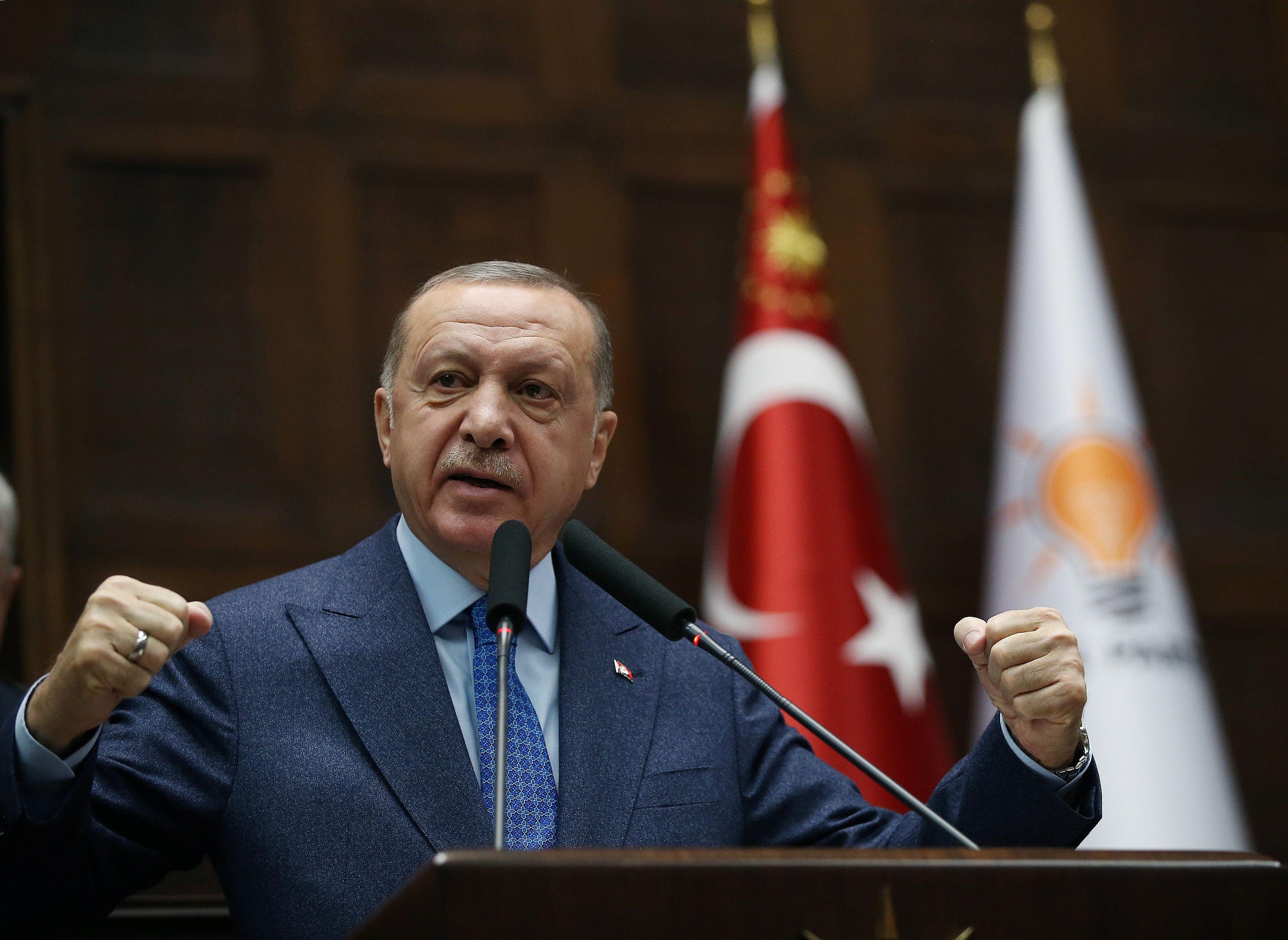 Tens of thousands of migrants have been attempting to get into EU member Greece since Turkey said on Feb. 28 it would no longer keep them on its territory as part of a 2016 deal with Brussels in return for European aid for the refugees.

Greek security forces have used tear gas and water cannon to stop the migrants. Athens has suspended asylum applications for a month and says it has prevented more than 42,000 illegal migrants illegally entering the EU over the past two weeks.

In the Turkish parliament, Erdogan showed lawmakers of his ruling AK Party video footage of scenes at the Greek border.

“There is no difference between those images on the Greek border and what the Nazis did,” he said.

“Opening fire on innocent people, exposing them to all kinds of inhumane treatment… (It) is barbarism in the full sense of the word,” he said, repeating his call on Greece to let migrants cross its territory to reach richer western European countries.

“Why are you obstructing them so much and carrying out Nazi tortures on them?” he added.

Turkey has previously accused Greek security forces of shooting dead four migrants, a claim rejected by Athens as “fake news”. Greece says it has a duty to protect the EU border.

KNOCK ON THE DOOR, SAYS GREECE

Responding to Erdogan’s latest comments, Greek government spokesman Stelios Petsas said: “He is constantly trying to torpedo the climate with such statements.”

Petsas also denied a report in The New York Times that said Greece was holding illegal migrants at a secret “black site” where they are denied access to lawyers and cannot file asylum claims.

Greece summoned Turkey’s ambassador on Wednesday to lodge a complaint after the Greek coastguard said one of its vessels had been rammed deliberately by a Turkish coastguard boat. There was no immediate comment from Ankara on the incident.

The EU is desperate to avoid a repeat of the 2015-16 migrant crisis, when more than one million people, mostly fleeing war and poverty in the Middle East and beyond, reached the bloc via Turkey and Greece, bolstering support for far-right parties. 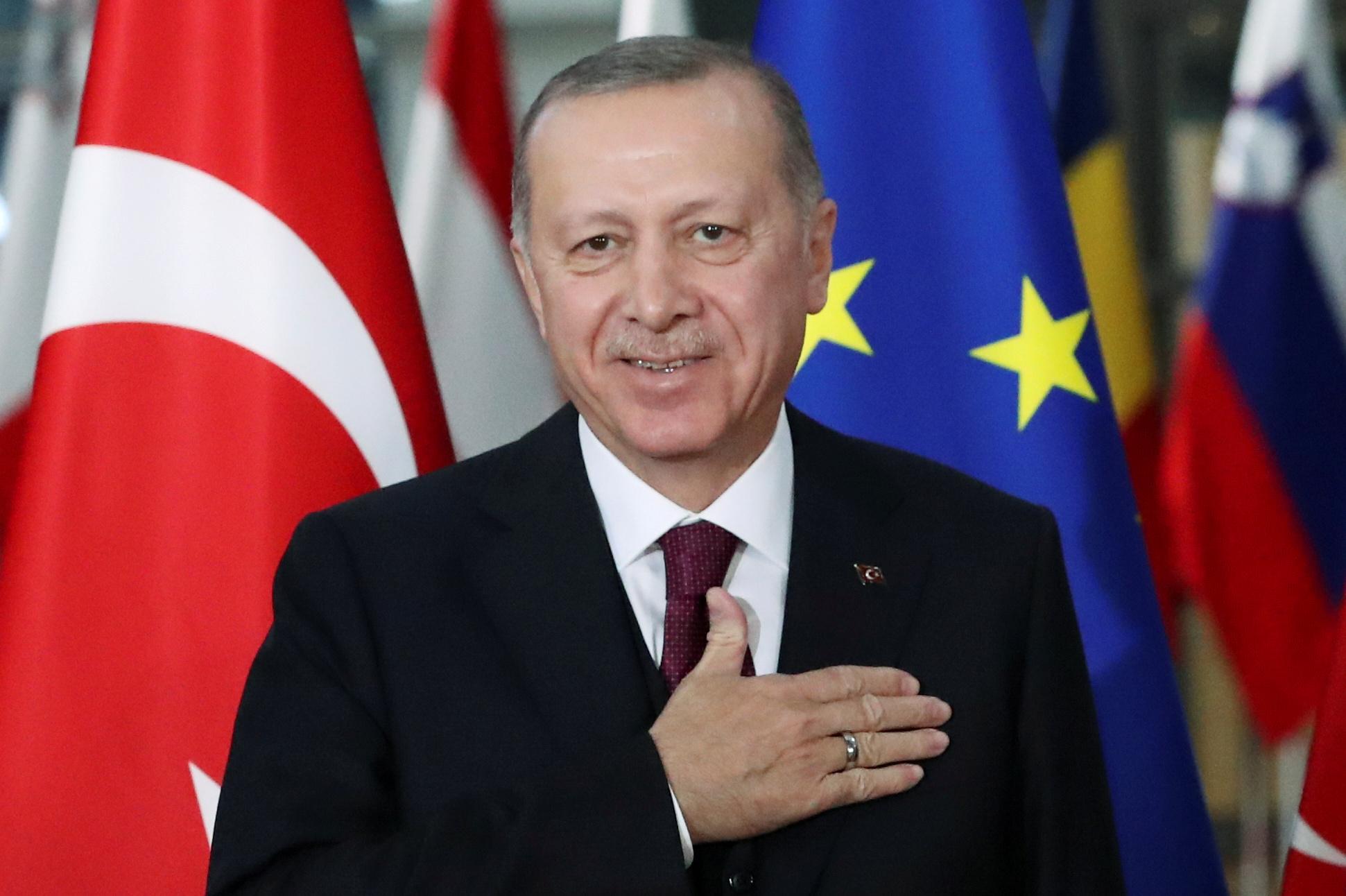 That mass influx ended when Turkey agreed in 2016 to keep migrants on its territory in return for EU aid. Erdogan said Ankara had upheld its side of the deal but that the EU had not.

“Until all expectations are met in a concrete way, we will continue our current practice at our borders,” Erdogan said, referring to aspirations that also include updating Turkey’s customs union with the EU, reviving its stalled EU accession bid and allowing Turks to visit the bloc without visas.

Turkey hosts 3.6 million refugees from the civil war in neighboring Syria and is braced for the arrival of more as fighting in Syria drags on.