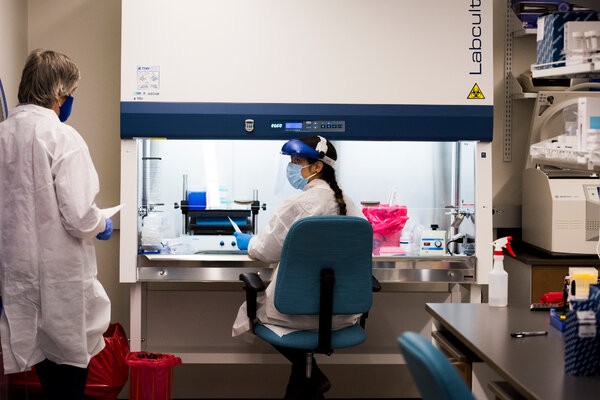 The Centers for Disease Control and Prevention has been warning about it since January: A more contagious and possibly deadlier variant of the coronavirus, first found in Britain, is likely to become predominant in the United States, perhaps leading to a wrenching surge in cases and deaths.

The first part of that warning seems to be coming true: The variant, known as B.1.1.7, is doubling its share of all new U.S. cases about every 10 days.

But the second part is harder to make out, at least so far. The steep fall in new cases from the January peak halted in mid-February, but the trend since then has been roughly steady or only slightly downward, rather than a feared “fourth wave.”

Experts are not sure why. The accelerating pace of vaccinations and the remaining virus-control measures in much of the country might be balancing out the spread of the more contagious variant, so that total cases neither rise nor fall very much. But it is difficult to know how long that equilibrium might last, or whether the next clear turn in the trend will be upward or downward.

The risk of a surge has by no means passed, Dr. Anthony S. Fauci, President Biden’s chief medical adviser on Covid-19, warned on Sunday.

The nation was averaging about 60,000 new cases a day as of Saturday, according to a New York Times database. That is the lowest seven-day average since October and about 10 percent below the average on Feb. 21, when the steep decline slowed. Still, the figure is close to the peak level of the surge last summer. Death reports are also falling but remain high, regularly topping 2,000 a day.