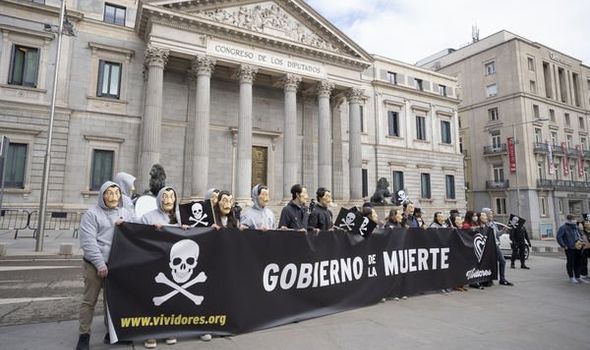 Today, the lower house of the Spanish Parliament approved a bill allowing the seriously ill to choose to end their life, despite opposition from the political right and religious groups. The bill was passed by 198 to 138 votes.

The bill allows for euthanasia and assisted suicide for people with “serious and incurable” or debilitating diseases which cause “unbearable suffering”.

The controversial bill was met by huge protests as peoplee gathered to the sound of a funeral beat.

Following the vote, the bill will now go to the senate who can either sign it into law or send it back to the congress with amendments.

If there are no amendments, it could be approved by spring next year.

If it passes, Spain would become the fourth country in the European Union to legalise the practice after Belgium, Luxembourg and the Netherlands.