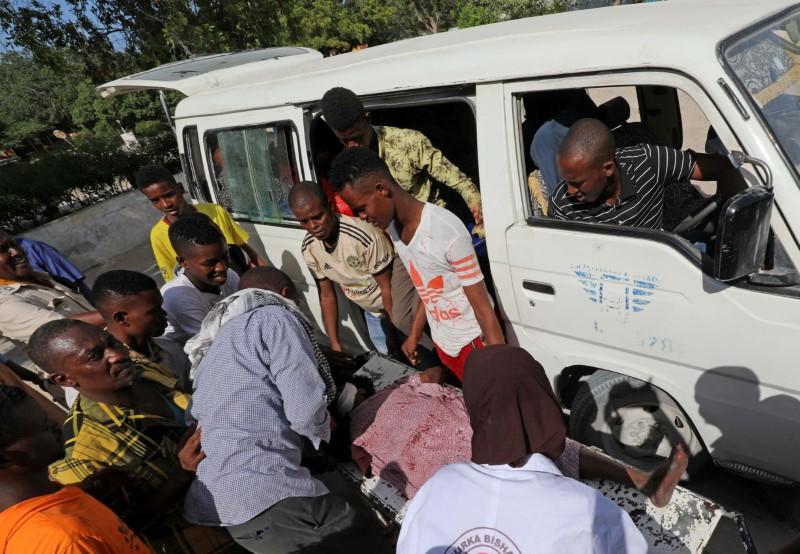 MOGADISHU (Reuters) – At least six people were killed on Sunday when a minibus struck a roadside bomb near the Somali capital Mogadishu, police and witnesses said.

The vehicle was carrying passengers, mostly from the same extended family, from the city to a funeral in a nearby town, when it hit the explosive at Hawa Abdi village, 19 kilometres northwest of Mogadishu.

“So far we know the blast killed six people and injured others… The death toll may rise,” Farah Hassan, a police officer told Reuters.

The road is used frequently by government and security vehicles.

“I carried four dead people including my father in law,” Nur Haji Ahmed told Reuters from Madina hospital in Mogadishu, where the injured were taken. He had rushed to the scene after a phone call from a relative.

There was no immediate claim of responsibility for the attack from any group.

Somalia has been mired in conflict since 1991, when clan warlords overthrew dictator Siad Barre and then turned on each other.

Since 2008, the Islamist militant group al Shabaab has been fighting to overthrow Somalia’s central government and establish its own rule based on its own harsh interpretation of Islam’s sharia law.