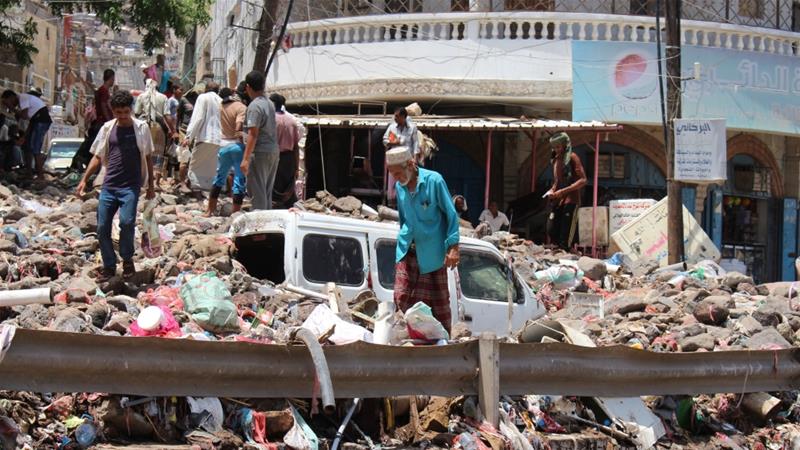 Yemen’s southern separatists have announced plans to establish a self-ruled administration in regions under their control in a move the country’s internationally-backed government said would have “catastrophic consequences”.

The Southern Transitional Council (STC), in a statement early on Sunday, declared a state of emergency and said it would “self-govern” the key southern port city of Aden and other southern provinces.

The council accused Yemen’s Saudi-backed government of corruption and mismanagement. The STC is supported by the United Arab Emirates (UAE).

“The Southern Transitional Council announces a self-administration rule in the south, as of midnight Saturday, April 25th 2020,” the council’s statement read.

The division between the two supposed allies is another facet of the country’s complicated civil war.

On one side are the separatists and on the other are forces loyal to former President Abd-Rabbu Mansour Hadi.

Both have fought together in the Saudi-led coalition’s war against Yemen’s Houthi rebels. The coalition intervened in Yemen in March 2015 to restore power to Hadi’s government after it was removed from the capital Sanaa by the Houthis the previous year.

But the separatists, who sought self-rule in the south, turned on the government in August last year and seized the interim capital of Aden. The fighting stopped when the two groups reached a deal in November.

Under the accord reached in Saudi Arabia’s capital, Riyadh, the STC and other regions in the south were supposed to join a new national cabinet and place all forces under the control of the internationally recognised government.

“The announcement by the so-called transitional council of its intention to establish a southern administration is a resumption of its armed insurgency … and an announcement of its rejection and complete withdrawal from the Riyadh agreement,” al-Hadhrami said in a statement.

“The so-called transitional council will bear alone the dangerous and catastrophic consequences for such an announcement,” it added.

The separatists’ move raises concerns that Yemen could slide further into chaos amid the worldwide coronavirus pandemic.

Yemen so far has only one confirmed case, in the southern province of Hadramawt, but experts and health workers have warned that the disease could wreak havoc there due to the dilapidated health system and damaged infrastructure.

The years-long conflict in Yemen has killed more than 100,000 people and pushed the Arab world’s poorest country to the brink of famine.