Saudi Arabia failed in its attempt to become a member of the United Nations Human Rights Council (UNHRC) for the next three-year term starting on January 1, while China, Russia and Cuba were elected on Tuesday in a vote that caused an outcry among human rights defenders.

Russia and Cuba ran unopposed in the UN General Assembly election. Saudi Arabia and China vied for membership in a five-nation race for four spots with Pakistan, Uzbekistan and Nepal.

Fifteen countries were elected to the 47-nation council on Tuesday.

Human Rights Watch has described China and Saudi Arabia as “two of the world’s most abusive governments“. The New York-based group also singled out numerous war crimes in the Syrian war as making Russia a highly problematic candidate.

Experts say with a number of countries with questionable rights records being elected, the current system of entry to UNHRC is in serious need of reform.

Kevin Jon Heller, professor of international law at the University of Copenhagen, said: “Of course it is regrettable that countries with such terrible human rights records can be elected to the council. But that is the nature of the UN’s messy bureaucracy.

Agnes Callamard, the UN’s special rapporteur for extrajudicial, summary or arbitrary executions, investigated the murder of Washington Post journalist Jamal Khashoggi by Saudi agents in Turkey in 2018. She has stated “credible evidence” links Saudi Crown Prince Mohammed bin Salman to the killing and said he should be investigated.

According to Resolution 60/251, which created the council, members are elected directly by secret ballot by the majority of the UN General Assembly. Membership has to be equally distributed geographically.

The resolution further states that nations elected to the council must uphold the highest standards in the promotion and protection of human rights. Members sit for three years for a maximum of two terms, and are not eligible for immediate re-election. 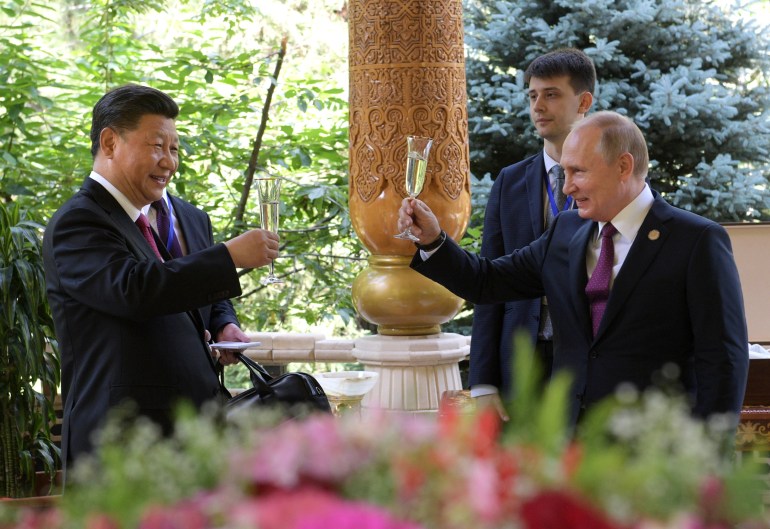 Some analysts say it is past time that the UN changes the regional quotas.

Sangeeta Shah, associate professor at the University of Nottingham, told Al Jazeera: “If you want a global institution with global buy-in you have to revise the idea that there have to be quotas for every region.”

According to Shah, the problem is “noncompetitive elections”. For example, the Eastern European group had two available seats but only two countries were nominated to fill those positions, meaning there was no competition for the spots.

Callamard noted deal-making was likely a part of the voting process.

“If few countries are elected or if there are backroom deals to limit the amount of countries per group, then there is not much else that can be done,” the UN expert told Al Jazeera.

Shah said countries should be encouraged to make themselves available for positions on UN bodies such as the UNHRC.

But according to Heller, electing nations with dubious human rights records has some positives.

“There is a silver lining to repressive countries being elected to the council – their position as the supposed guardian of human rights makes it far more difficult for them to hide their own human rights abuses,” he said.

“A member of the council can hardly refuse to participate in a Universal Periodic Review [UPR] of its record. This stands in marked contrast to the United States, which no longer participates in the council.”

Shah said the withdrawal of the US from the UNHRC because of its “bias against Israel” in 2018 has not affected the legitimacy of the body.

“It is still functioning and effective,” she noted. “The HRC is still efficient and some of the mechanisms of the council – such as the special procedures mandate that focus on specific human rights issues – does impressive work.”

Callamard, however, is of the view that the election of states such as China and Russia “damages the reputation of the HRC, its standing within the international human rights committee and beyond”.

“What it will do is strengthen the views of those who reject multilateralism, the UN, and the global project,” she said.