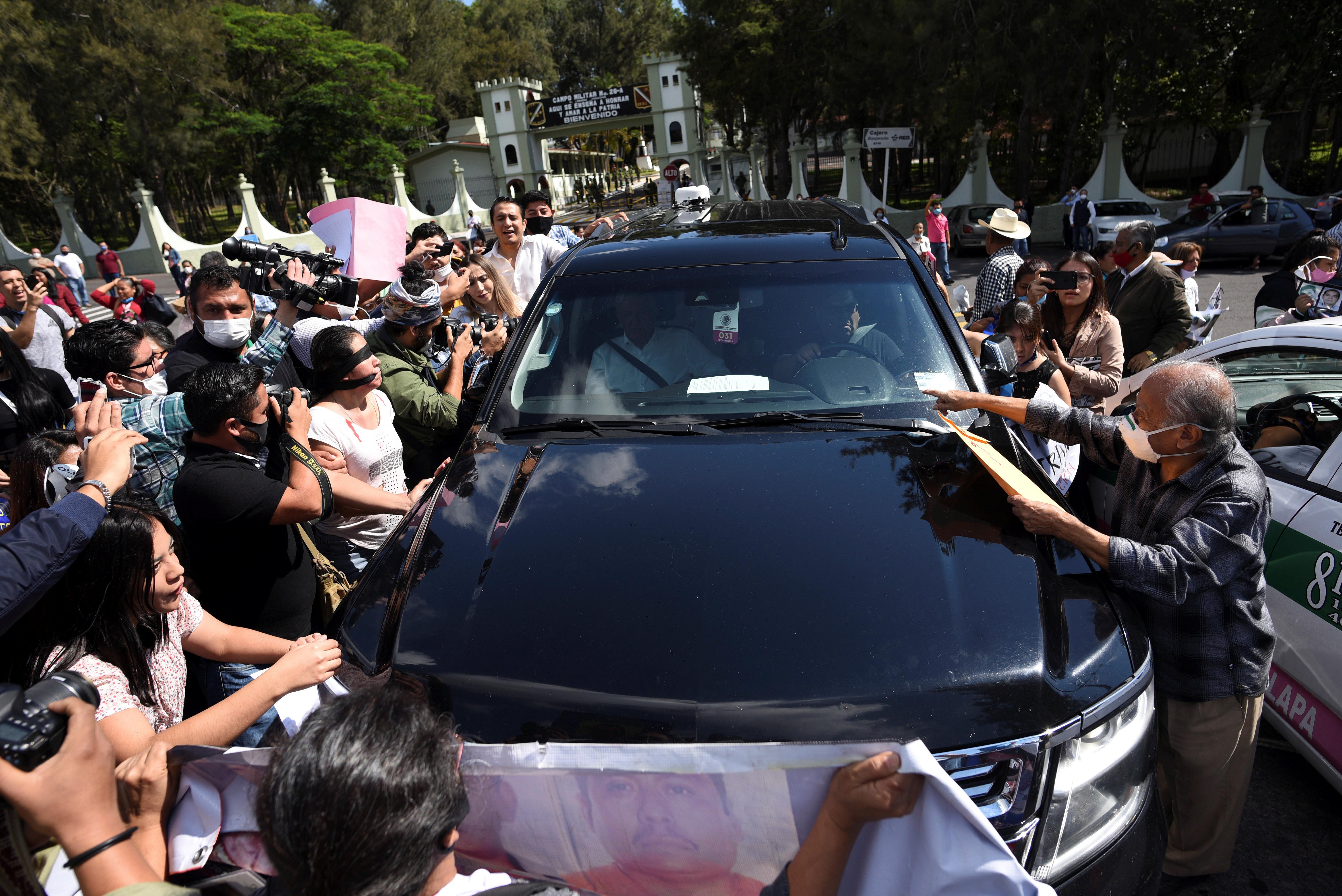 The protesters held banners with images of their loved ones who have disappeared and berated Lopez Obrador as he left a military base in Veracruz state riding in the front passenger seat of a black SUV, demanding he step down from the vehicle.

“You meet with El Chapo’s mother, bastard, but not with us,” yelled a gray-haired woman. The woman, holding up a large sign, shouted at Lopez Obrador to get out of his car as the motorcade slowly advanced through the crowd.

“Help bring them home,” read one of the banners.

Lopez Obrador’s spokesman did not immediately reply to a request for comment.

In March, Lopez Obrador shook hands with the mother of convicted drug lord Joaquin “El Chapo” Guzman on a visit to the northwestern state of Sinaloa. [nL1N2BN0TH]

He later defended the encounter, calling the kingpin’s mother a “respectable old lady” and blaming his critics for trying to stir up a scandal.

The government estimates there are 61,000 missing people in Mexico, the vast majority of them victims of the country’s grinding war with powerful drug gangs that have grown more violent.

Violence has continued to spiral, and homicides reached a new record last year in spite of Lopez Obrador’s promise to tame it.