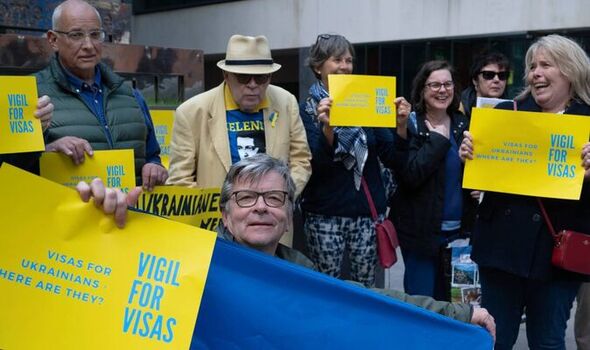 More than 600 Ukrainian households fleeing Vladimir Putin’s brutal invasion are currently classed as homeless and have been placed in temporary accommodation such as hostels by local councils.

But the Government has received 200,000 offers from British people willing to welcome Ukrainian refugees into their homes.

Lord Harrington, the Minister for Refugees, has admitted the problem is a result of bureaucracy. There are two distinct schemes for refugees and those who come as part of the Ukraine Family Scheme, designed for people who have relatives in the UK, cannot switch easily to the Homes for Ukraine Scheme, in which refugees are offered a home by strangers.

Lord Harrington said: “At the moment, and it’s work in progress, it is true that people cannot move from one scheme to another. It doesn’t mean they are stranded without rights

“But what seems a logical and rational thing to do, given that we have got more than 200,000 expressions of interest in the sponsorship scheme, to move them, we are not able to do that yet and I want to do that and I am working towards it.”

Around 80,000 Ukrainian refugees are currently living in the UK, with more than 5,000 additional people arriving each week. This includes 55,000 people here as part of the Homes for Ukraine scheme, where a sponsor agrees to house refugees for six months. 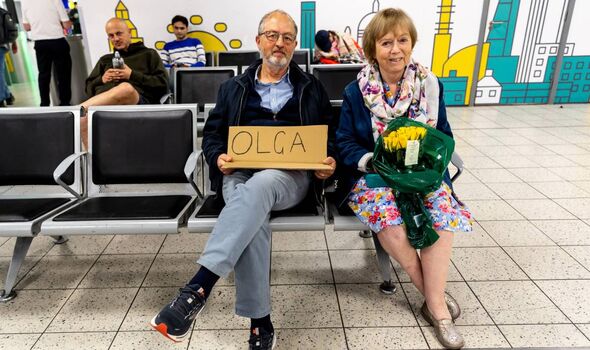 Speaking to a House of Commons inquiry, Lord Harrington said the Government expected many sponsors would ask their guests to leave once the six months was up, and was drawing up plans to move some Ukrainians into privately-rented housing.

Sponsors will say “we did it for six months and it’s been more difficult than we thought,” he said. He added: “We are working on schemes for people to rematch and possibly move into private landlords.”

Some British hosts are also reported to have clashed with refugee families because they disagree with Ukrainian approaches to disciplining children, or object to their guests eating meat.

MP Andrew Lewer, a member of the House of Commons Levelling Up, Housing and Communities Committee, told a hearing: “We have heard from quite a few local authorities in the Committee, and more personally, that refugees have been threatened with homelessness by their host families for a whole range of reasons such as a vegetarian house not welcoming meat eating guests or the huge cultural differences in disciplining children.”

He said councils should be helped to re-house refugees who could not stay with their original hosts.

Separately, MPs have raised concerns about difficulties obtaining support for refugees scattered across the country.

Conservative Robert Largan has warned Ministers that some children in his constituency had been refused places at local schools, while fellow Conservative Dehenna Davison said that host families were given very little information about how to help refugees register with a GP or get a national insurance number.

She urged the Government to produce “a clear and comprehensive welcome pack for every Ukrainian refugee, so that they and their host families can ensure that the refugee settles in as quickly as possible.”

The Government says it has provided information for host families, and Education Secretary Nadhim Zahawi has contacted local authority chief executives as well as directors of children’s services to set out the requirement for schools to admit Ukrainian pupils.