Government says the 12 inmates confirmed with disease were immediately taken to hospital for treatment. 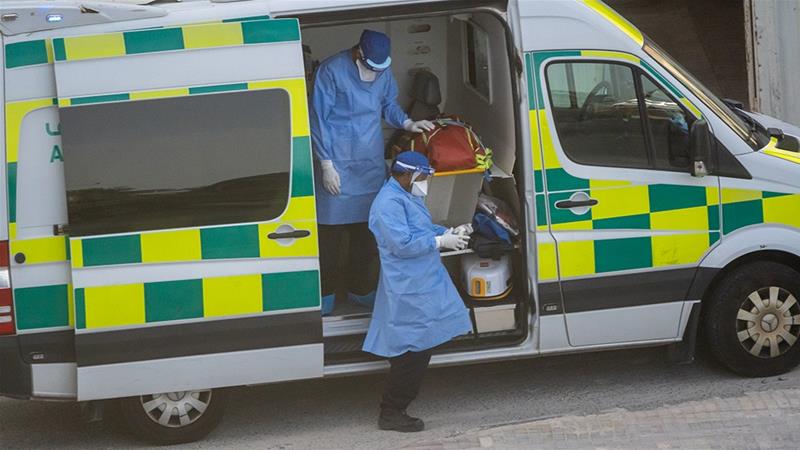 The government of Qatar has confirmed 12 coronavirus cases in its central prison, but denied reports of a widespread outbreak, saying all infected patients had been “transferred immediately” to a specialised hospital, isolating them from others.

Qatar issued the statement late on Monday following a Human Rights Watch (HRW) report, which warned about the spread of the disease, also known as COVID-19, inside the jail complex potentially becoming “a public health disaster.”

Qatar’s communications office said the report of an outbreak “is false”, adding that there have been no fatalities among the prison population, and that prisoners were being provided with health services “equal” to the rest of the country’s residents.

The statement added that of the 12 prisoners with the disease, two had reached the “acute phase” of the illness and were receiving “first-class healthcare”.

“The Human Rights Watch account is based on unfounded rumours and speculation from a small number of unverified interviews, amplifying falsehoods and irresponsibly redirecting attention away from the ongoing health response.”

As of Monday, Qatar’s health ministry reported a tally to date of 33,969 cases of coronavirus nationwide, of which 4,899 have recovered. At least 15 people have died.

Earlier on Monday, HRW released a report detailing complaints within the country’s central prison, including overcrowding and limited access to basic medical care, especially among older prisoners and those with underlying health conditions.

“People are sleeping on the floor, in the [prison] mosque, in the library; and everyone is scared of each other, we don’t know who could infect us,” one of the six prisoners interviewed by HRW was quoted as saying.

“At a time when we should be isolated from each other, we are being kept like animals in a shed,” the prisoner said. His allegations were corroborated by other prisoners who were interviewed.

One of the prisoners also reported receiving reports that at least 47 inmates were infected – a claim disputed by the government.

HRW said authorities should take urgent measures to protect prisoners as well as prison staff from getting infected.

“Qatari authorities have the power to reduce the harm, but they need to act quickly and decisively,” said Michael Page, deputy Middle East director at HRW.

The rights group also urged Qatari authorities to consider early release of low-risk detainees, including those in pretrial detention for nonviolent and lesser offences, or inmates whose continued detention was similarly “unnecessary or unjustified”. 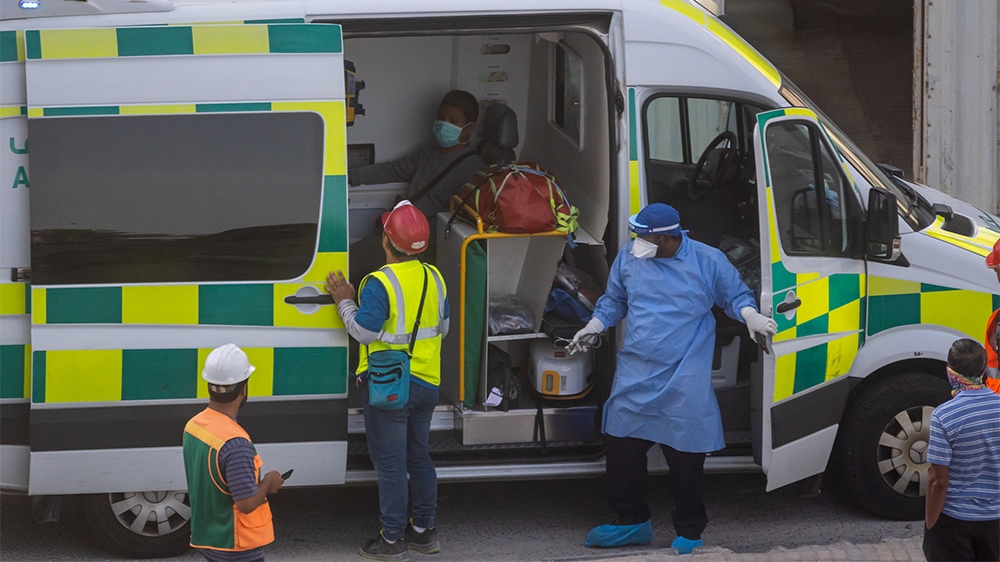 Prisoners at high risk of serious effects from the virus, such as older people and those with underlying health conditions, should also be considered for early release, it said.

In response, Qatar said that in April, the country’s leader, Sheikh Tamim, had pardoned more than 500 inmates “considerably reducing” the country’s prison population.

Since mid-March, Qatar’s public health and security authorities have also implemented “strict control measures”, including regular health check-ups and testing, to protect inmates and limit the spread of the virus, the government added.

“Personal protective equipment such as gloves and masks have been distributed to all inmates, and personal and community spaces are sanitised on a regular basis.”

“Qatar treats anyone detained in its prisons with respect and dignity in line with international standards.”

In late March, UN High Commissioner for Human Rights Michelle Bachelet had urged governments around the world to also protect the physical and mental health of prisoners amid the pandemic.

She described the “potentially catastrophic” consequences of neglecting the duty to protect the health of people in custody and urged governments to “act now to prevent further loss of life among detainees and staff.”