Miriam Estefany Giron Luna, from Guatemala, fell on her back from the top of the wall while trying to cross into the US. 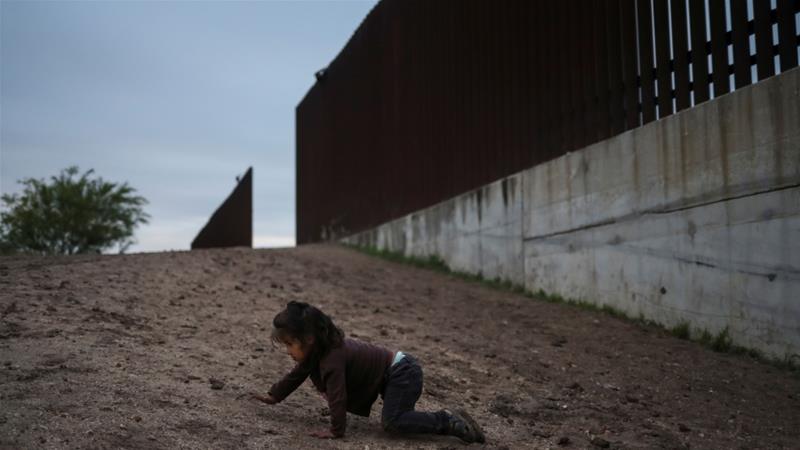 A pregnant 19-year-old migrant from Guatemala died after trying to climb over a border fence in Texas, authorities said on Thursday. Doctors were not able to save her child.

United States media, quoting a statement from Guatemala’s Ministry of Foreign Affairs, reported that the woman, Miriam Estefany Giron Luna, fell on her back from the top of an 18-foot-high (5.5-metre) span of steel mesh fencing while trying to cross with the child’s father. Giron Luna, who was 30 weeks pregnant, died from her injuries on Tuesday.

Tekandi Paniagua, a Guatemalan consular official based in the state of Texas, told the Washington Post that new restrictions imposed by US President Donald Trump have been causing asylum seekers to take more risks and that since October, at least five other Guatemalans have suffered broken bones and other serious injuries after falling from the border wall.

“This is a very worrisome trend,” he told the Washington Post. “People are taking more and more risks, and they’re losing their lives.”

Trump, who has made a crackdown on immigration a central focus of his presidency and his re-election campaign, has put in place measures that have made it increasingly more difficult for migrants to apply for asylum in the US. At least 60,000 asylum seekers have been sent back to Mexico to wait while their cases are processed in the US under the Trump administration’s “Remain in Mexico” programme.

Meanwhile, during the 2019 fiscal year, US authorities took into custody more than 470,000 migrants who arrived amid a record influx of Central Americans who are fleeing violence, poverty and political persecution in their countries.

Those measures have led to a 75 percent drop in border detentions since May, US authorities say, even as the latest figures show a slight uptick in the number of single Mexican adults and unaccompanied minors attempting to cross.

With the addition of taller and more formidable barriers along the border, including more than 135 miles (217km) of new 30-foot-tall (nine-metre) border fencing the Trump administration has installed, smuggling organisations have been using improvised ladders to take migrants over the top.

The tactic requires migrants to cling to the top of the structure, then climb a ladder down the other side or slide down by wrapping their arms and legs around the steel.

According to the Washington Post report, Giron Luna was a social worker and a beauty pageant winner in her hometown in her country’s Quetzaltenango department. She reportedly slipped while trying to descend from the top of the barrier, landing on her back. The woman’s partner, Dilver Israel Diaz Garcia, 26, carried her away from the scene to seek help and encountered US Border Patrol agents, who radioed for an ambulance.

According to the newspaper, doctors in El Paso tried to deliver the child via Caesarean section, and Giron Luna underwent multiple surgeries before dying. Her partner, Diaz Garcia, remains in US Border Patrol custody, where he faces deportation.