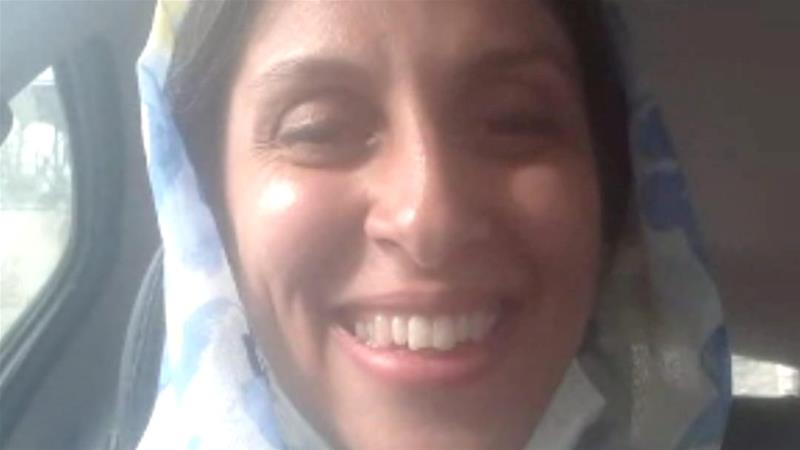 Zaghari-Ratcliffe, 40, a project manager with the Thomson Reuters Foundation, was arrested in April 2016 at a Tehran airport as she headed back to the United Kingdom with her daughter after a family visit.

She was sentenced to five years in jail after being convicted of plotting to overthrow Iran’s establishment.

Her husband Richard, who has set up the Free Nazanin campaign group and lobbied the British government to secure his wife’s release, said in a statement that she had been temporarily released on furlough from Evin Prison and was now staying at her parents’ home in West Tehran.

‘Unfortunately, Nazanin will be exceptionally required to wear an ankle tag during the furlough, which her parents have now hired from the authorities,’ Richard Ratcliffe said. ‘Nazanin’s movements will be restricted to 300 metres from her parents’ home.’

Earlier this month Ratcliffe said he feared his wife had contracted coronavirus but the Iranian judiciary said she was in good health.

On Tuesday, a judiciary spokesman said Iran had temporarily freed about 85,000 people from jail, including political prisoners, in response to the coronavirus epidemic.

‘I am relieved that Mrs Zaghari-Ratcliffe was today temporarily released into the care of her family in Iran,’ British foreign minister Dominic Raab said in a statement.

‘We urge the regime to ensure she receives any necessary medical care. While this is a welcome step, we urge the government now to release all UK dual nationals arbitrarily detained in Iran, and enable them to return to their families in the UK.’