More than 1,800 families have been made homeless in western Kenya after severe flooding.

Kenya’s Devolution Cabinet Secretary, Eugene Wamalwa, said 116 people had died due to the flooding across 29 counties.

There have also been landslides and the River Nzoia burst its banks, leaving many homes submerged in the Buyuku village of Budalangi, the Kenya Red Cross said.

One resident, Vincent Ochieng, said: “It has been flooding for three days now, I think the government is not even aware but now we are telling them.

“We are asking if there are any plans to assist us, only two boats are here for evacuating people.” 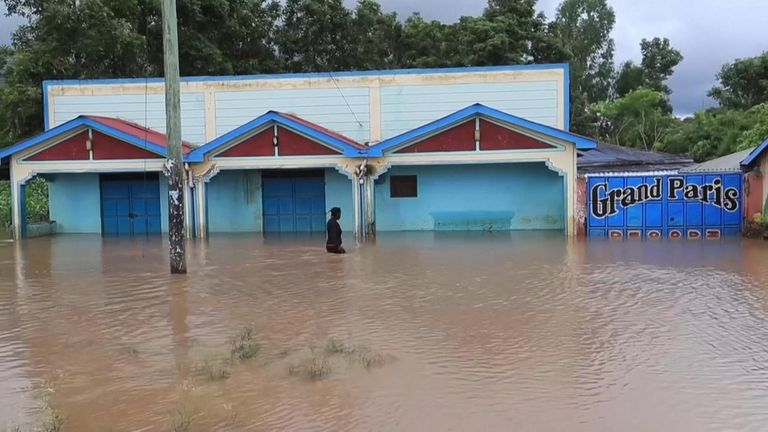 Another, Maureen Atieno, added: “Our things have been spoilt in here, for example the fridge, deep freezer and the cookers. Cooking pots have been swept away by the water and we are doomed.”

The Kenya Red Cross has appealed to the Kisumu County government to free-up rescue centres, due to concerns that COVID-19 could spread due to overcrowding.

In comments reported by Kenya’s Daily Nation, the relief agency’s secretary-general, Asha Mohammed, said much more needed to be done for the people affected.

“We will be doing mobile outreaches with the county department of health to provide medicines and treat minor illnesses,” she said.