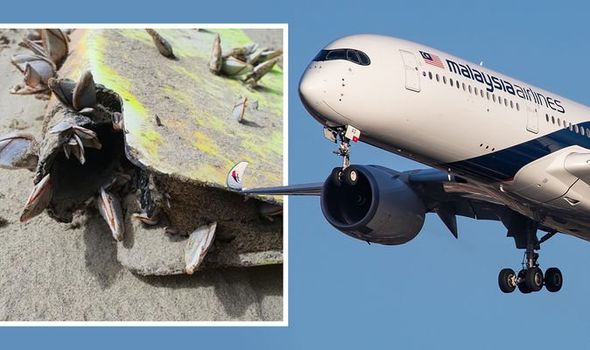 MH370, which had 239 people on board, vanished on March 8, 2014 off the coast of Western Australia during a flight from Kuala Lumpur to Beijing, having apparently veered wildly off course. The jet’s whereabouts have remained a mystery ever since.

And now a fisherman says he spotted parts of wreckage ashore on a remote beach around 7km north of Cape Tribulation, in Australia’s Far North Queensland.

The discovery, which looks like a wing, is covered in shells and sand.

Mick Elcoate said he thought the debris was part of a yacht’s rudder, or a trim tab from an aircraft initially.

He then posted the pictures on the Aircraft Maintenance Engineering Facebook group, which prompted speculation from social media users the debris possibly belonged to the missing plane.