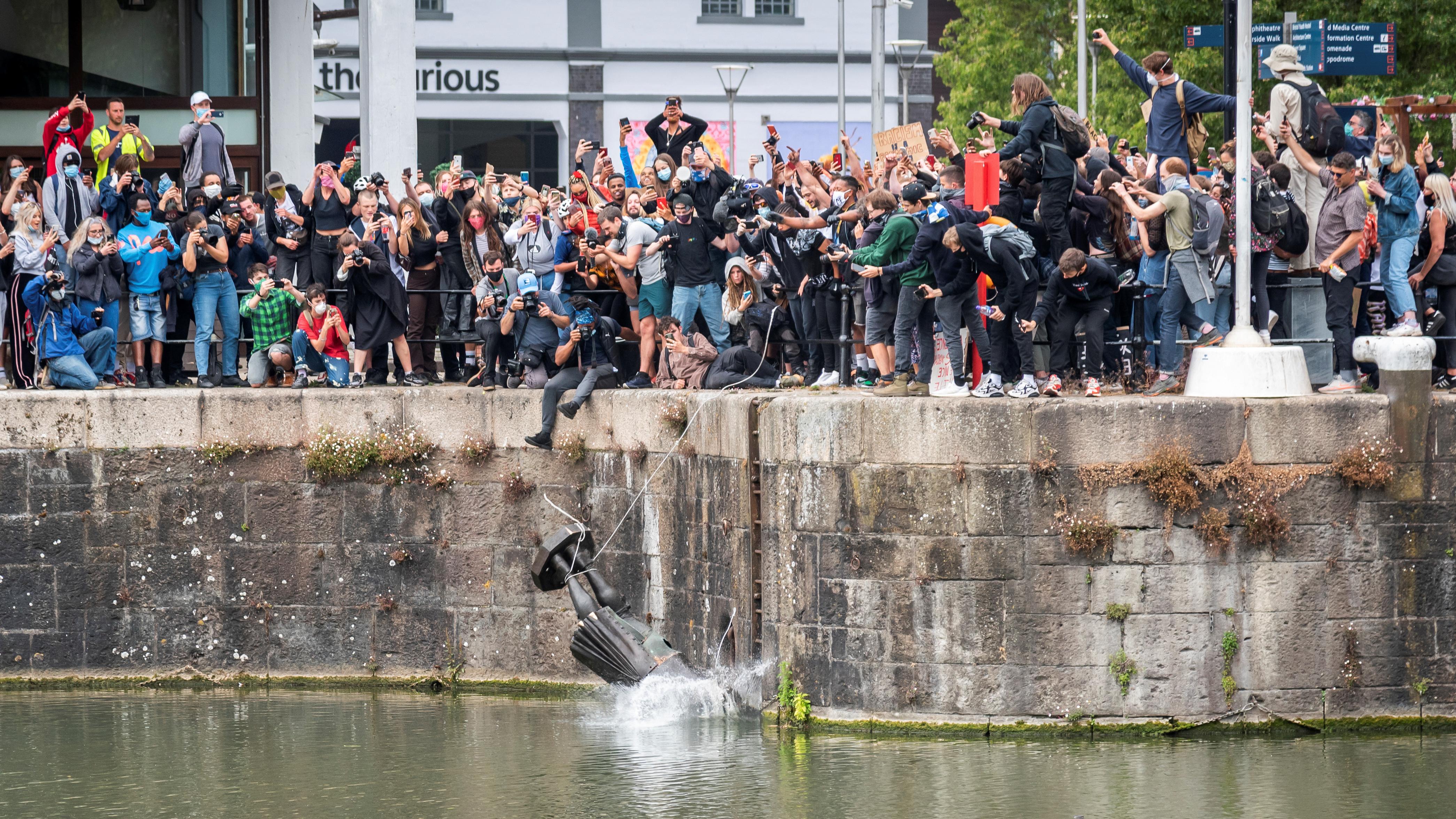 LONDON (Reuters) – British police said they had arrested a man over the toppling of a statue of a 17th Century slave trader last month, an incident which sparked a major debate about Britain’s imperial past.

Anti-racism protesters demonstrating in the port city of Bristol in western England in the wake of the killing of George Floyd in the United States pulled down the statue of Edward Colston and threw it into the harbour.

“A 24-year-old man was … arrested on suspicion of criminal damage and has since been released under investigation,” Avon and Somerset Police said in a statement.

Colston had made a fortune from trading in West African slaves and his statue had long been a contentious issue in Bristol. The memorial has since been retrieved from the water, and the mayor said it would displayed in a museum alongside Black Lives Matter placards.

After the incident, Prime Minister Boris Johnson’s spokesman said he understood people’s strong feelings on the issue but removing the statue was a criminal act.

The tearing down of Colston’s statue led to other memorials being taken down or their future being debated, while many academics and public figures voiced opposition to the removal of such monuments, arguing they merely reflected history and should be used as points of discussion.