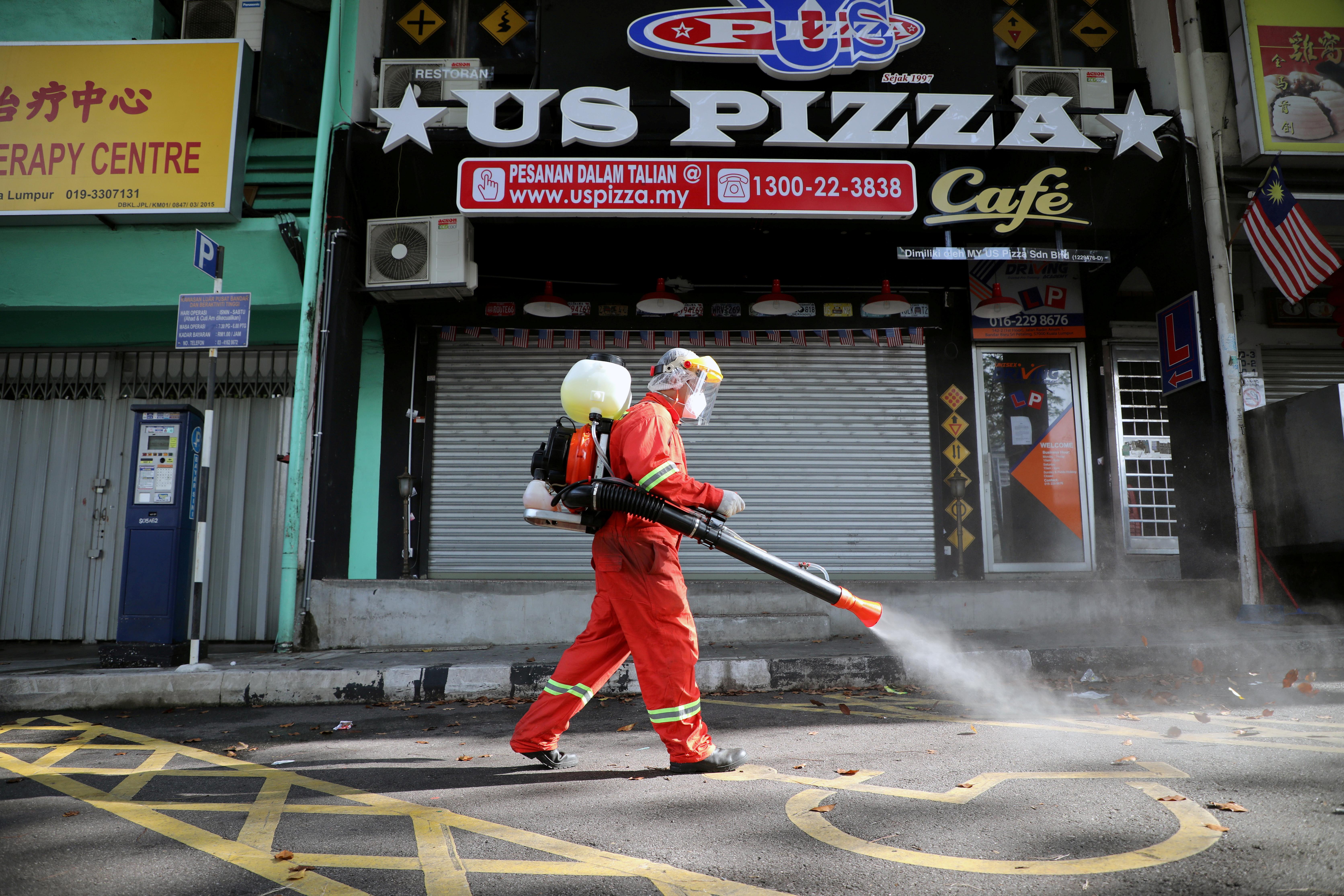 KUALA LUMPUR (Reuters) – Malaysia this week arrested hundreds of people for violating restrictions aimed at stemming the spread of coronavirus, a senior minister said on Sunday, amid a spike in the number of deaths linked to the outbreak.

The death toll rose from 27 to 34 within a 24-hour period, the biggest daily rise so far, while the number of reported cases was up to 2,470, the highest in Southeast Asia.

Malaysia has closed schools and non-essential businesses and imposed restrictions on travel and movement until April 14 to try to contain the spread.

Defence minister Ismail Sabri Yaakob told reporters 649 people were detained on Saturday, while 73 people have plead guilty to offences such as gathering in groups, obstructing public officials, and breaking through police blockades.

This was in addition to 614 people arrested since the movement curbs were imposed on March 18.

“Some people gave the excuse that they were just going out to buy food,” Ismail said.

“But they were caught outside up to four times a day, to the point at which police recognized their faces… clearly, they were not being genuine.”

Those who flout the restriction of movement order can be fined or face up to six months’ jail.

The shutdown has caused widespread business disruptions. The world’s biggest glovemaker and condom producer, both based in Malaysia, this week warned of global shortages as demand for their products surged amid the virus outbreak.