Researchers at the Pasteur Institute said clinical trials on its coronavirus vaccine had shown it was less successful than had been anticipated. According to FRANCE 24’s Julia Sieger the jab “didn’t spark sufficient immune system response” in the first phase of trials. French politicians are said to have branded it a “national humiliation” and fear it could be seen as a “scientific decline” in France, according to the Guardian.

The new comes as the UK’s Oxford University’s jab with AstraZeneca is being rollout around the world after successfully passing trials.

The french institute was working with US company Merck to develop a vaccine that was an adaptation of that used against measles.

The announcement came as a further blow to the Emmanuel Macron after the French President has faced criticism over France’s slow roll-out of the coronavirus vaccine.

Laboratories in France that are producing vaccines, such as the Pfizer vaccine, have not keeping up with demand. 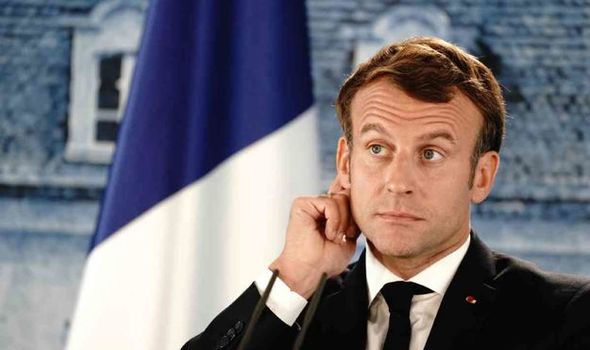 Another pharmaceutical giant from France, Sanofi, said their own vaccine will not be ready until the end of 2021.

The slow roll-out of this vaccine was because of disappointing initial results.

On Tuesday, Sanofi said it would begin making 100 million doses of the Pfizer/BioNTech vaccine, a competitor to its own vaccine in development.

Paul Hudson, the company’s chief executive, speaking to Le Figaro said: “As we’re a few months behind on our main vaccine we asked ourselves how we could be useful now.

“We could also participate in the collective effort to end this crisis as quickly as possible.

“We studied different possible options and we approached Pfizer/BioNTech.

“We then signed an agreement with them on Tuesday.”

Following the news, the centre-right Les Républicains parliamentary group tweeted: “In a race against the clock, the Pasteur Institute throws in the towel on its main vaccine project, while Sanofi announces a delay until the end of the year, because of a lack of efficiency after so many grand announces.

“This scientific decline is a slap in the face.”

French MP for the hard-left La France Insoumise, Bastien Lachaud, added: “No vaccine in the country of Pasteur!

“This is where the impoverishing of public research, the primacy of the private sector, and the triumph of management and profit are leading.”

Speaking to French Radio Fabien Roussel, the national secretary of the French Communist Party, said: “This is a shame for a group like Sanofi and it’s a humiliation for France, not able to vaccinate, not capable of putting a vaccine on the market.”