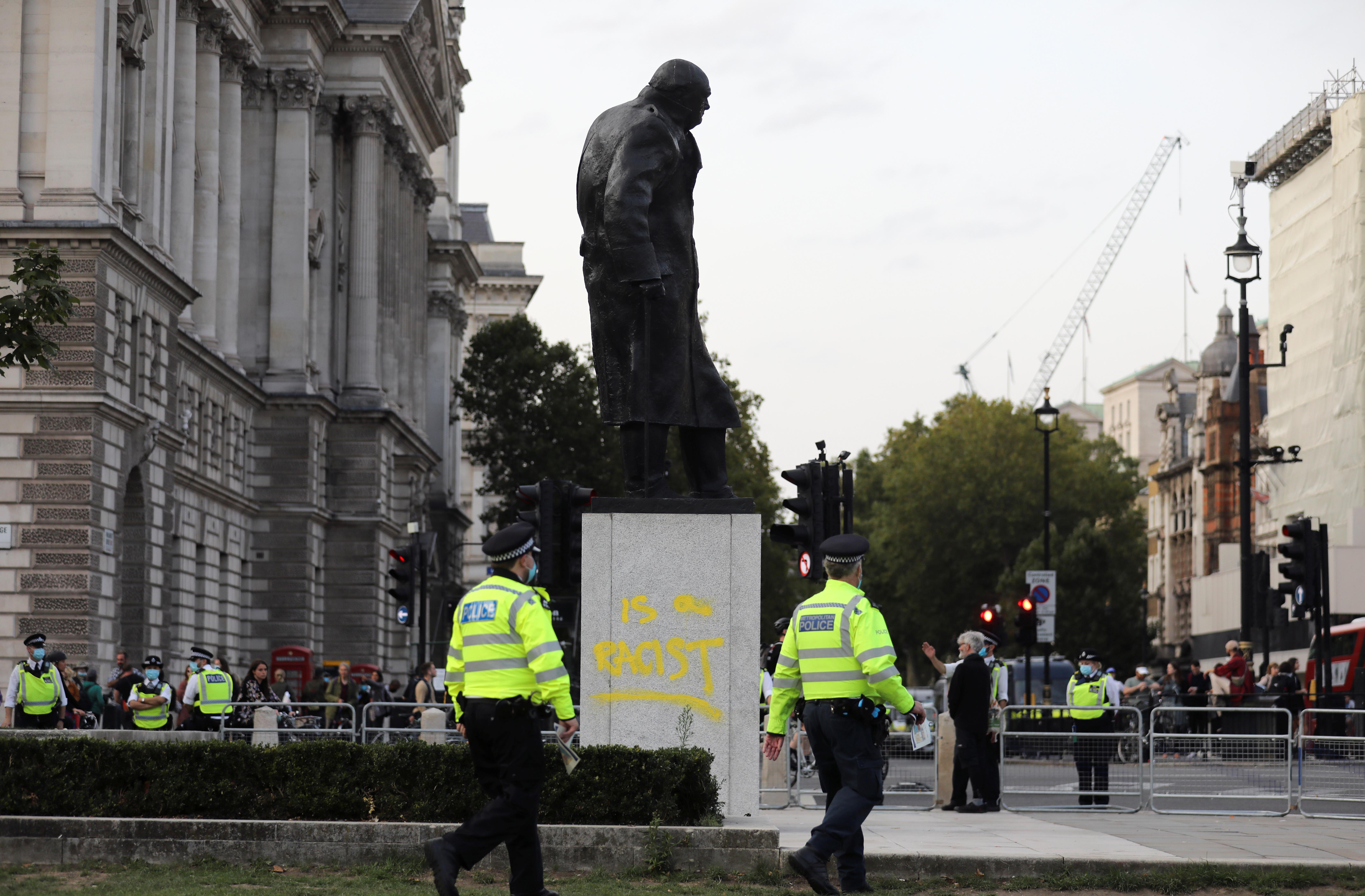 LONDON (Reuters) – A statue of former British Prime Minister Winston Churchill opposite parliament was on Wednesday sprayed with graffiti by protesters declaring him a racist for the second time in four months.

The plinth of the World War Two leader’s statue on Parliament Square was sprayed in yellow paint with the words “is a racist”.

“We have arrested a man in Parliament Square on suspicion of causing criminal damage to the Winston Churchill statue,” the Metropolitan police said on Twitter.

The statue was defaced in June during a fractious end to a mostly peaceful protest over the death of African-American George Floyd in Minneapolis, prompting authorities to board it up for a period.

Floyd’s death in police custody in May sparked protests about racial inequality across the United States and Europe and reignited a debate in Britain about monuments to those involved in the country’s imperialist past.