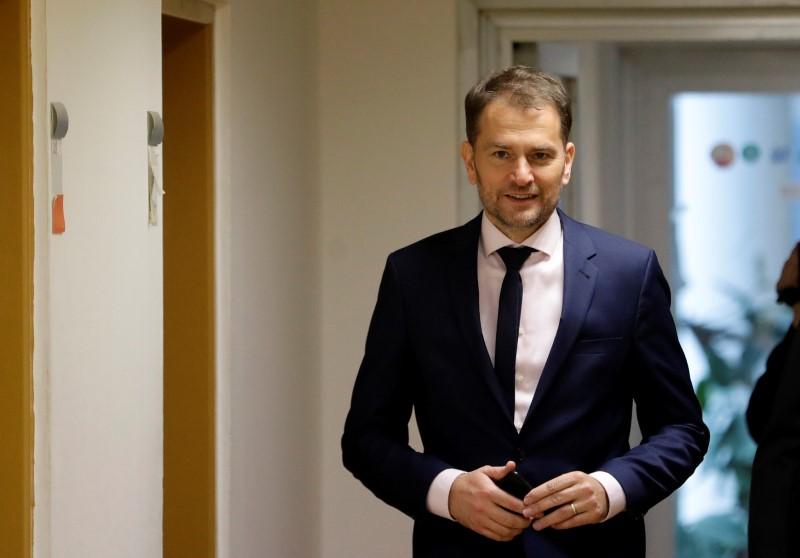 Matovic and his team were sworn in at a ceremony with participants wearing protective masks as a precaution against coronavirus. Slovakia has reported 137 cases of the virus this month with no deaths.

“Nobody knows what form this (coronavirus) crisis will take, how long it will last and what consequences it will have,” Matovic said.

“We have a remedy for the coronavirus – It’s solidarity, responsibility and the determination of all people who care about Slovakia,” he said. “Let’s go to battle.”

Matovic, 46, takes over amid a public health crisis that led his predecessor Peter Pellegrini to ban international passenger travel, close schools and shutter most shops. The country is the world’s biggest per capita car producer but its four auto plants have all moved to suspend production due to the virus.

The new government replaces the center-left Smer party that has ruled since 2012, a period of solid growth, though its popularity slipped after the 2018 murder of investigative journalist Jan Kuciak and his fiancée which led to massive street protests.

OLANO, known for anti-graft publicity stunts, won a quarter of the votes in the Feb. 29 election.

It will rule with three other parties: Sme Rodina (We are Family), a socially conservative and eurosceptic party; SaS (Freedom and Solidarity), an economically liberal party; and Za Ludi (For the People), a center-right party led by former president Andrej Kiska.

Free-marketeer Richard Sulik, the head of SaS who will be deputy prime minister, and OLANO’s Eduard Heger, a former manager of several private companies tapped to be finance minister, will lead economic policy.

The government will face a confidence vote within 30 days but the coalition holds 95 out of 150 seats in parliament, securing its place. Its majority will allow it to make changes to the constitution and Matovic has said this could enable it to apply stronger criteria in appointing judges.

The investigation into Kuciak’s killing unearthed communications between a businessman who is on trial for ordering the hit and politicians and judicial officials. The defendant has denied the charges.