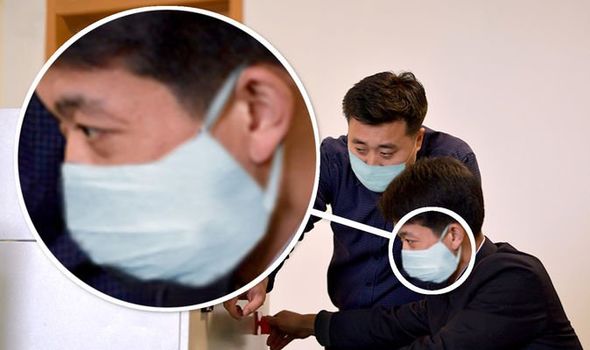 In recent propaganda from the hermit kingdom, medical face masks have been superimposed on to people’s faces in a number of pictures. Multiple photographs depicting North Korea’s response to the threat of COVID-19 were sent for expert analysis, revealing the truth. Stuart Gibson, a senior lecturer in forensic science at the University of Kent, has 24 years of experience in image processing and has even written software to sniff out fake pictures.

“I think they’re probably all forgeries,” he said after inspecting seven suspect photos.

“It’s surprisingly difficult to make a convincing copy and paste forgery and it is generally because of the lighting.

“Here you’ve got the added difficulty that the face is three-dimensional and the mask is wrapped around it, and in some of the forgeries it doesn’t really follow the shape of the face exactly.”

In one forged image, two women are seen working at a factory loom, while a colleague stands at a machine in the background.

“Particularly if you look at the lady on the right hand side: the top edge of that face mask is very pixelated.

“They’ve made some attempt to smooth it in, but you can still see the pixelation there.” 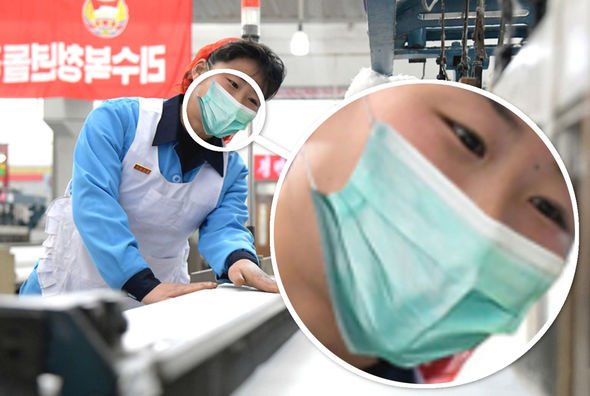 He continued: “The best bit is that the figure in the background hasn’t got any legs.

“If they’d just taken the legs down a few more pixels they might have gotten away with it but you can clearly see that there’s a gap there – that figure has been superimposed.”

Another photo shows a woman in a white apron working at a machine – but there’s something jarring about the picture.

Dr Gibson said: “With a lot of these images, there’s not a single light source which makes it quite difficult by eye to put a finger on exactly why the lighting is wrong.

“But the mind is very good at detecting that something is not quite right.

“That picture is almost certainly a fake. I think that’s probably due to the fact that the lighting is inconsistent with the rest of the image.

“This photograph has been taken with a lot of natural light and maybe the mask has been superimposed from an image that was photographed in different lighting conditions.”

It’s unclear why the Kim Jong-un regime has chosen to forge pictures of its citizens wearing face masks, however there are several potential explanations.

For example, the dictatorship is guided by an ideology of self-reliance called Juche, and recent propaganda has boasted that North Korean factories are producing tens of thousands of masks a day. 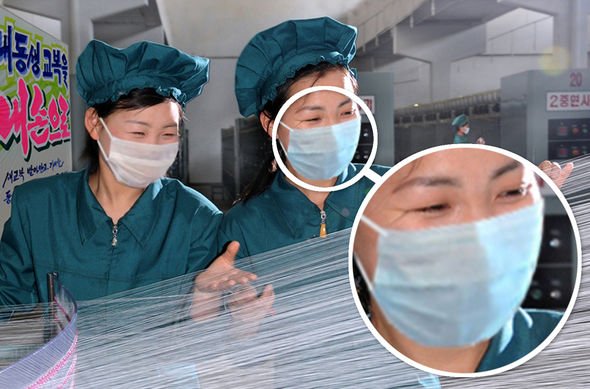 At a time when neighbouring South Korea is running short on face masks, the North may be hoping to emphasise the success of its self-reliance, despite having an inadequate supply itself.

It’s also possible that Pyongyang is trying to make propaganda that was created before the crisis reflect the latest guidance, which bans everyone without a mask from entering public places.

The regime continues to deny that COVID-19 has any presence within its borders, however unconfirmed reports leaked to the foreign press tell a different story.

A source in the North’s military told South Korea’s Daily NK newspaper that 180 soldiers had already succumbed to the virus, with most deaths happening near to the closed border with China.

A further 3,700 soldiers were under quarantine, they added.

The faked photos were discovered after a rumour circulated in neighbouring South Korea that its government had donated face masks to the North, even as its own supply dwindled.

The rumour was forcefully denied by the government in Seoul.