Indonesia has sought to calm concerns raised by environmentalists after a photo of a Komodo dragon in the path of a lorry went viral on social media.

The picture prompted an outpouring of anger about perceived threats to the natural habitat of the vulnerable species.

Construction work on a project dubbed “Jurassic Park”, catering to tourists visiting the Komodo National Park, is under way and due for completion in June.

An official at the country’s environment ministry told Reuters news agency park rangers would ensure the safety of dragons roaming near the building site, which will include an elevated deck, a dam and an information centre.

“They will intensively make checks of whether the Komodo dragons are under the buildings, remnants of buildings, and under the trucks carrying material,” the statement said.

The image which sparked concerns was reportedly taken on Rinca Island, part of the national park, according to an activist group called Save Komodo Now.

Over the weekend, the group shared the image on Twitter, writing: “This is the first time Komodos are hearing the roar of engines and the smell of smoke. What will the future impact of these projects be? Does anyone still care about conservation?”

The authenticity of the photograph has not been independently verified. 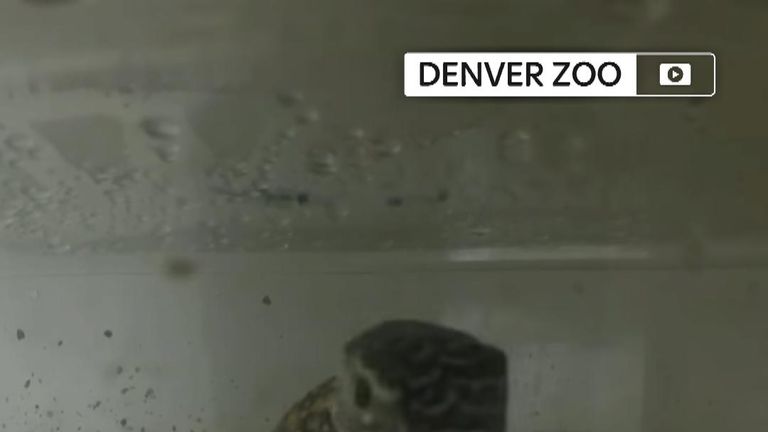 In 2019 the Indonesian government said Komodo Island would close to tourists in 2020 to protect the animals after more than 40 Komodo dragons were smuggled and sold for £27,000 each.

This decision was later reversed in favour of a $1,000 tourist entry fee, which could be introduced to keep visitor numbers down instead.

Environmentalists have said the construction must stop in order to protect the animals.

“Komodo needs to be the main priority. They need to be protected in a designated area,” said Umbu Wulang Tanaamahu Paranggi, director of the Indonesian Forum for the Environment.

“What’s going on now is a destruction of the dragons’ living spaces.”

Social media users have dubbed the construction project “Jurassic Park” after architects shared a video of the project set to the music from the dinosaur film franchise.

Indonesia’s current Komodo population is about 3,000, according to government data.

The national park as a whole is a Unesco World Heritage site and is made up of three larger islands; Komodo, Padar and Rinca and 26 smaller ones.