“I would like to be back at the Ukrainian Naval Infantry Corps, but the final decision will be from the military doctors,” the 26-year-old told Express.co.uk in an interview from his hospital bed in Kyiv. “If I’m not allowed to continue being in the Marines,” he said, “I will do anything I can that helps to approach Ukraine’s victory.”

The young serviceman added: “In any case, I won’t be migrating from Ukraine. I will be staying here.”

Mr Stryzhko was wounded while fighting in the Illich Iron and Steel Works in Mariupol in the early stages of Russia’s invasion of Ukraine.

With a broken jaw and pelvis, as well as lost vision in one eye, he was told his best chance of getting medical attention was with the enemy. So, choosing to stay alive, he became a prisoner of war.

The time in hands of the Russians was tough.

Some nurses, he explained, would bring food and feed him. Others would just put the food down and challenge him to eat himself, which due to his injuries he was unable to. 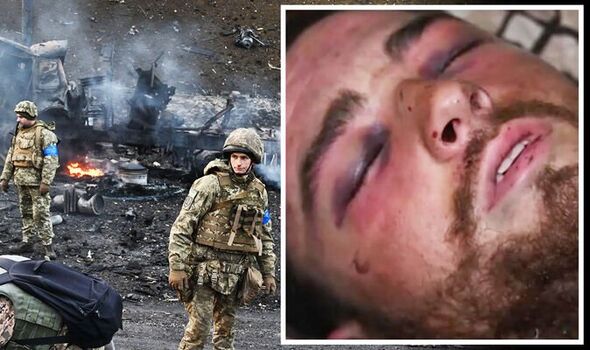 He said: “They would put it somewhere near the bed and tell me in a very gross way that I had to eat on my own.

“And of course, I couldn’t eat on my own, so they just took the food away.”

Weeks into physical and psychological torture, Mr Stryzhko came a step closer to freedom as he appeared with other Ukrainian prisoners in a video published on Telegram by Russian-backed separatists in which he was shown, barely conscious, saying his name.

The marine, who is originally from the central city of Poltava, said: “This is how my friends, my close ones, got to know that I was alive and in captivity.”

But what is the purpose of posting such footage? According to Mr Stryzhko, it is all about playing with the war-torn nation’s morale. 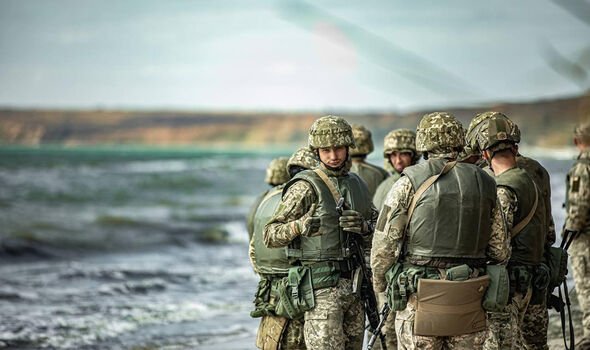 He said: “This is about demoralising the close ones and the relatives and the families of the soldiers.”

Suggesting Moscow is trying to lure Ukraine into surrendering through such moves, he asked: “Can you imagine what would happen if every day they publish a lot of videos of those who are in bad health conditions?”

Condemning the Kremlin as a regime that only “understands the language of aggression and power”, he added: “This is just further confirmation that Russia and civilisation, they just don’t work together.”

Mr Stryzhko was eventually part of an agreed prisoner exchange between Kyiv and Moscow which returned a dozen marines injured at the Illich steel plant. 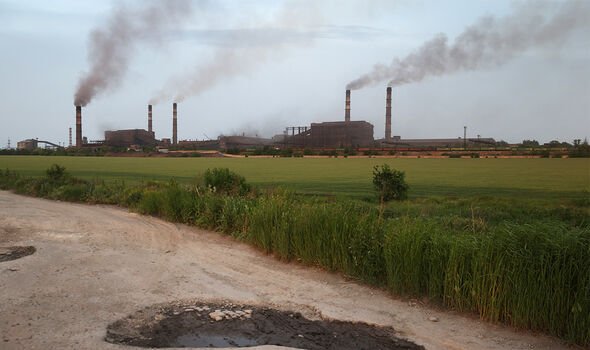 The soldier said that although some difficult memories haunt him, he has no doubt about continuing to fight for Ukraine.

He said: “The prayers and the understanding that we have to be ‘Semper Fidelis’ — always loyal — which is actually the motto of the Ukrainian Marines, always helps me.”

His experience in Mariupol, he continued, strengthened his attachment to the motto.

He told us: “We have this motto in Ukraine about everything and I am convinced that this is not just words; this is the way of life that we have now.

“When being on the [Illich] factory I just saw it with my own eyes…this is not just the words, this is the reality we’re living.”

Everything he does, Mr Stryzhko stressed, he does for his country: “If it is necessary, I understand that I might have to sacrifice my house, my life, my finances to Ukraine – because this is the highest value for me right now.

“When I signed the contract with the Armed Forces of Ukraine, I understood that I could be dead, I could sacrifice my house, my legs or arms.

“Having this understanding, I knew that I would be joining the structure that would help me protect what belongs to Ukraine.”

This week, Mr Stryzhko increased the speed on the treadmill – a significant development from having his pelvis supported by metal scaffolding.

He said: “Recovery is going well. I will try to go for a walk in the city with a friend.”