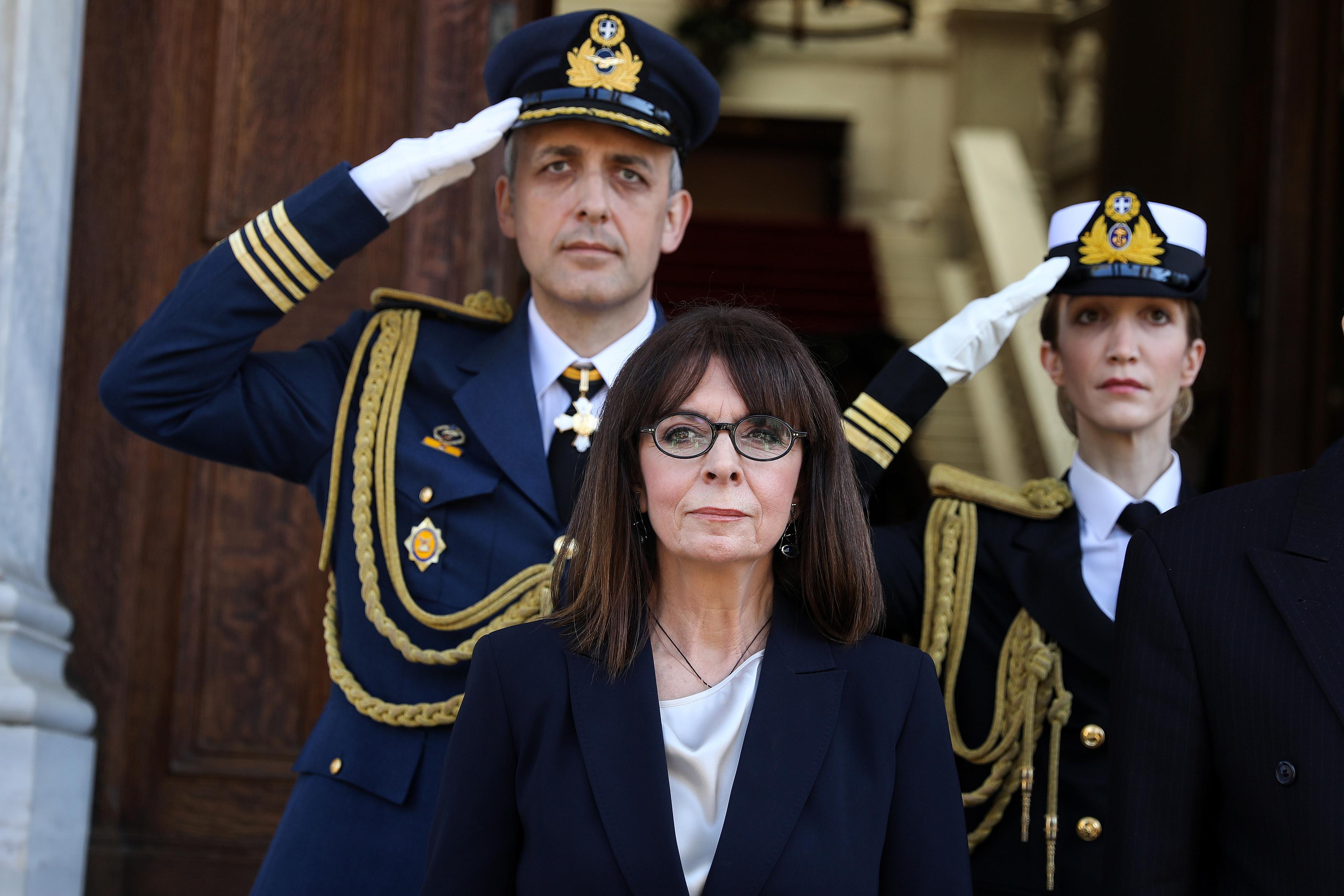 ATHENS (Reuters) – Greece’s first female president, Katerina Sakellaropoulou, was sworn in for a five-year term on Friday at a ceremony scaled down due to the coronavirus outbreak.

Sakellaropoulou, 64, an ex-president of the Council of State, Greece’s top administrative court, will succeed Prokopis Pavlopoulos.

Sakellaropoulou took a religious oath at a ceremony confined to a limited number of lawmakers and other officials as Greece has canceled public gatherings and closed schools and theaters to stem the spread of the virus.

Handshakes were also excluded from the ceremony on Friday.

By late Thursday, Greece had one fatality and 117 confirmed COVID-19 cases.

In an unusual demonstration of harmony in the fractious world of Greek politics, Sakellaropoulou, the conservative party nominee, had been backed by opposition parties, including the leftist Syriza which lost power in an election last July.