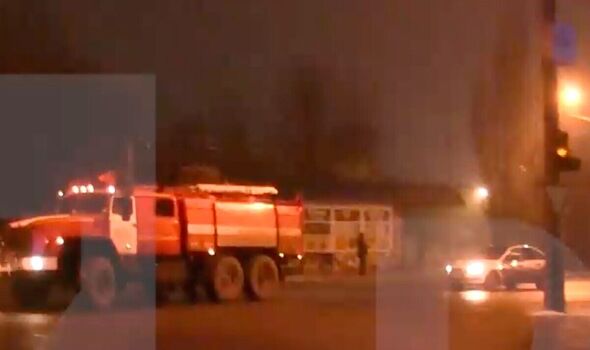 Explosions have been reported at the Engels military airbase in Russia miles away from the frontlines in Ukraine. Reports emerged stating that the explosions were heard after midnight at the base which is situated hundreds of miles from the frontlines.

The Engels airbase is located in the Saratov area and the incident has been investigated with no damage found to civilian infrastructure.

The governor of Saratov, Roman Busargin said on Telegram: “There were no emergencies in residential areas of the (Engels) city.

“There is absolutely no threat to residents…Civil infrastructure facilities were not damaged.

“Information about the incident at a military facility is being check by law enforcement agencies.”

The airbase is located 450 miles southeast of Moscow and was previously hit on December 5.

While Ukraine refused to claim responsibility for the attacks, officials claimed it was “karma” for Russians invasion and actions in Ukraine.

As a result of the two attacks in early December, Russia was accused of having poor defences.