Europe is bracing itself for an extreme cold outbreak sparked by an Arctic weather blast, leading to a significant temperature drop. The freezing late March conditions will last for several days until Thursday next week. The “powerful and dangerous” Arctic blast will see several regions’ temperatures drop to at least -6C overnight and “potentially even lower”.

According to the latest weather maps, temperatures will be “extremely unusual” for this time of year, as Europe enters spring.

Temperatures below zero are likely across a very large part of continental Europe through early-mid next week, including UK, Wales, and even northern Spain.

The Arctic freeze will started on Friday across northeast Europe as it gradually expands and intensifies towards eastern and central Europe and the northern Balkans over Sunday.

Early next week, the cold air mass will remain over central Europe but also spread into the Mediterranean and southwest Europe through mid-week. 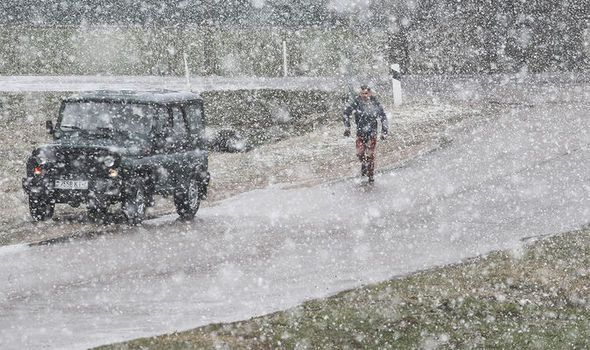 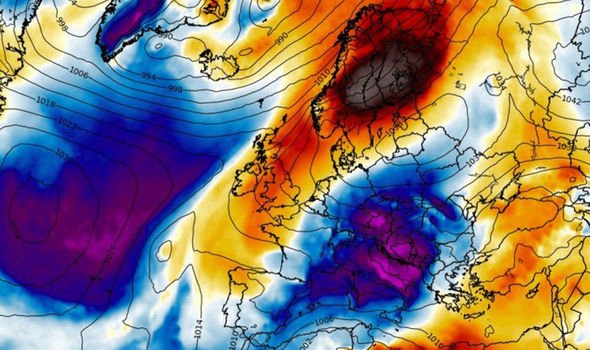 There is a high risk of damaging frost to fruit trees across west-central Europe, Italy and the Balkans.

The recent warm tempeatures had caused many fruit trees and crops to already blossom.

The latest freezing conditions could endanger these, as temperatures below -2 or -3 °C are “normally critical for damage”. 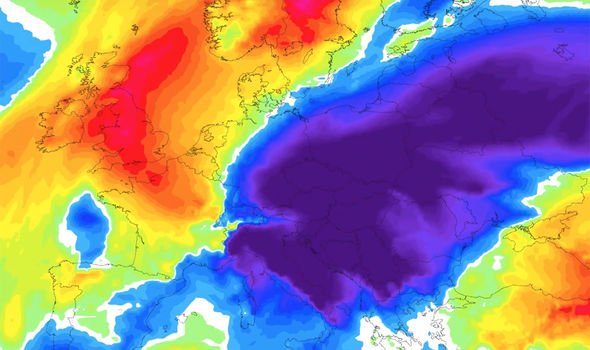 It is also feared that the cold could even worsen the ongoing COVID-19 pandemic outbreak.

Experts believe that the coronavirus thrives like the seasonal flu in colder weather.

This has been blamed on the tendency for people’s immune system to become weaker in winter weather. 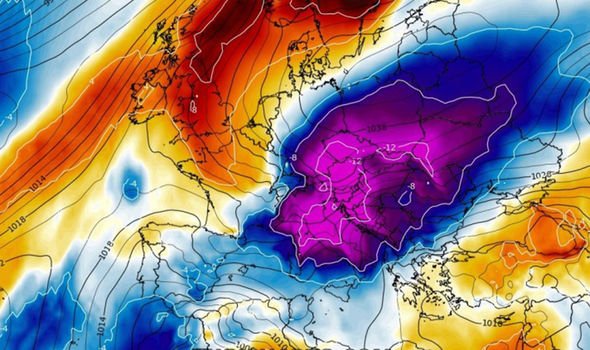 In the UK, the Met Office has warned that some areas of the UK will wake to a bitter frost on Saturday morning which could see temperatures fall to -2C.

Strong gusts are also likely to make temperatures feels even cooler in some areas.

This cold is tied to a Scandinavian freezing weather front crossing over the country tonight.

BBC meteorologist Sarah Keith-Lucas revealed that temperatures will be far lower than what is expected for this time of year.