Previously the bloc was targeting a reduction in greenhouse gas emissions by 40 percent for the year 2030. However, it has since increased this to “at least 55 percent”.

Both figures are compared to the level of carbon emissions in 1990.

The additional cut is close to requiring all German economic activity to cease based on current output.

As a result of the increased figure the EU is expecting its member states to cut carbon emissions by an additional 736 tonnes each year.

The new objective was confirmed by European Commission president Ursula von der Leyen in her EU state of the union address on Wednesday. 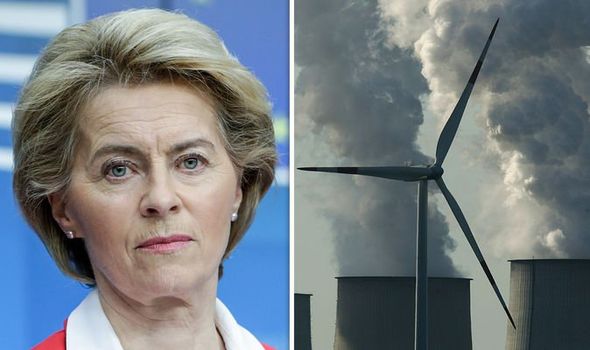 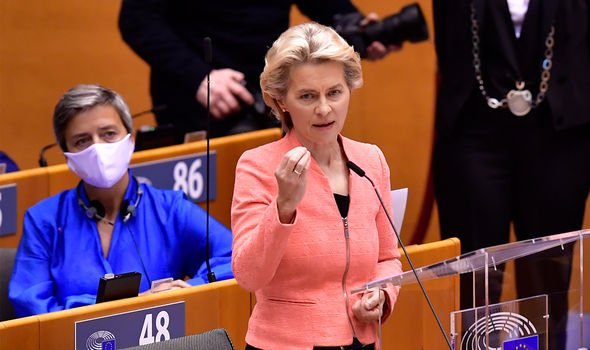 Due to coronavirus restrictions the event took place in Brussels rather than Strasbourg.

A draft of the Commissions policy said: “A climate neutral transition can only be accomplished with contributions from everyone.”

Speaking to Politico Europe a senior Commission figure commented: “Bringing all this together — the nightmare just begins.”

There are particular concerns about the willingness of eastern European countries, which tend to be both poorer and more coal reliant, to make additional emissions cuts. 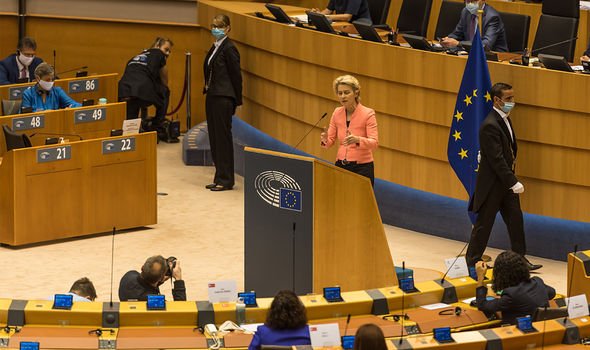 Hungary and Poland in particular have offered serious resistance to certain directives coming out of Brussels in recent years.

Both countries are governed by nationalist leaning parties, Fidesz and Law and Justice respectively.

In her speech Ms von der Leyen said: “At the heart of it is our mission to become the first climate-neutral continent by 2050.

“But we will not get there with the status quo – we need to go faster and do things better. 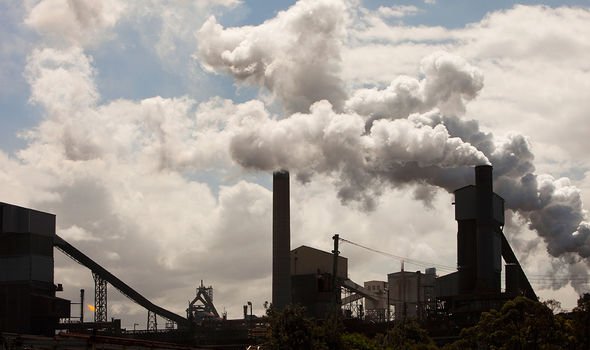 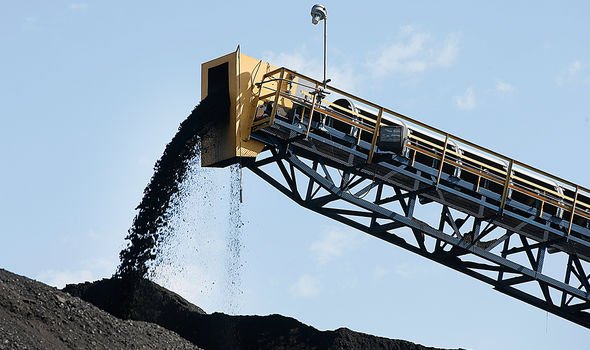 “We looked in-depth at every sector to see how fast we could go and how to do it in a responsible, evidence-based way.

“On this basis, the European Commission is proposing to increase the 2030 target for emission reduction to at least 55%.”

The EU’s green agenda requires a huge increase in renewable output by 2030.

Industry body Eurelectric predicts around 80 percent of EU electricity will be free of carbon by 2030.

Of the 27 EU member states it expects 21 to be coal free by this point.

Despite Brexit 81 percent of Ms von der Leyen’s speech was delivered in English.

Another 12 percent was in German and 7 percent in French. 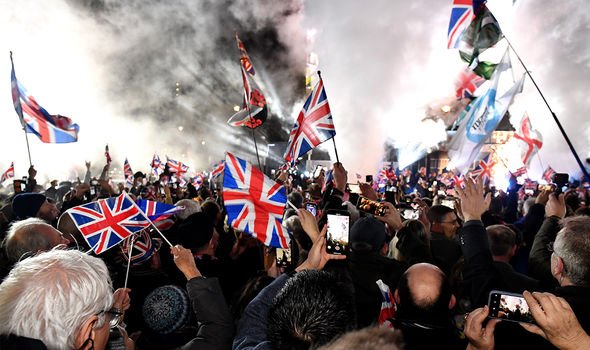 Currently Britain is locked in talks with Brussels over a post-Brexit trade deal.

However, the discussions are currently deadlocked over fishing rights and what level of industrial subsidy should be allowed.