MARSEILLE, France (Reuters) – An Italian cruise ship bound for the Italian harbour of Savona had 36 people on board infected with the coronavirus when tests were undertaken on passengers during a stop in the French port of Marseille, French authorities said on Friday. 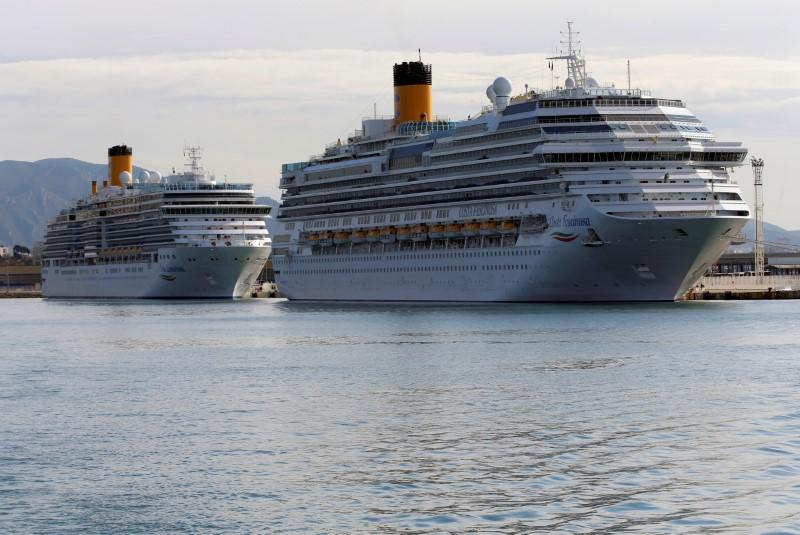 A Marseille area prefecture official told Reuters that he could not comment on how many of those infected had disembarked and how many were still on the ship, which was due to leave Marseille on Friday evening to sail to Savona.

On Thursday and Friday, the Costa Luminosa disembarked 639 of its 1,421 passengers in Marseille, while French medical staff tested passengers and crew members who had shown symptoms of coronavirus infection.

One passenger, a Swiss national aged more than 70, has been transported to a Marseille hospital.

The Costa Luminosa, operated by Italy’s Costa Cruises, a subsidiary of Carnival Corp, had left Fort Lauderdale, Florida on March 5 on a cruise destined for Venice, Italy.

But days later it had to disembark two passengers in Puerto Rico who were later diagnosed with coronavirus. It also unloaded four sick passengers on the Spanish Canary island of Tenerife.

The prefecture said that before docking in Marseille, the Costa Luminosa had declared to authorities that 75 people had symptoms of the respiratory disease or had been in contact with people with it.

Among those allowed to disembark on Thursday and Friday were 235 Americans and 77 Canadians, who were taken by bus to Marseille airport, from where they flew to Atlanta. Five of the passengers on that flight had symptoms of coronavirus, according to the prefecture.

The prefecture said that all passengers who disembarked – with or without symptoms – were provided with facemasks, which they had to wear until they could be confined in their homes.

France has been in nationwide lockdown since Monday to fight the coronavirus pandemic, which has killed 450 people in the country so far.

Cruise ships – with their tightly packed crowds of often elderly passengers – have been especially vulnerable to outbreaks of the virus, and have been banned from disembarking in several countries.