A clash of cultures is gripping France and impacting French interests in the Muslim world.

It has pitched the right to freedom of expression – including viewing cartoons of the Prophet Muhammad – against what that means for Muslims who regard such actions as blasphemous.

The motivation for the triple murders at a church in Nice by a knifeman shouting “Allah Akbar” and why someone else threatened people with a handgun in the city of Avignon is not yet known.

Same too for a separate knife attack against the French consulate in the Saudi city of Jeddah.

Yet these incidents – which all happened on Thursday – come almost two weeks after a teenager beheaded a school teacher on the outskirts of Paris after Samuel Paty, 47, showed his students caricatures of the Prophet Muhammad during a lesson.

President Emmanuel Macron, a strong supporter of secularism and free speech in his country, praised Mr Paty as a “quiet hero”.

The teacher’s violent death gave added impetus to a plan unveiled by the French leader at the start of October aimed at reforming the practice of Islam in France and creating – as Mr Macon described it – “an Islam of Enlightenment”.

This kind of language triggered anger among Muslim countries, in particular from Turkey. 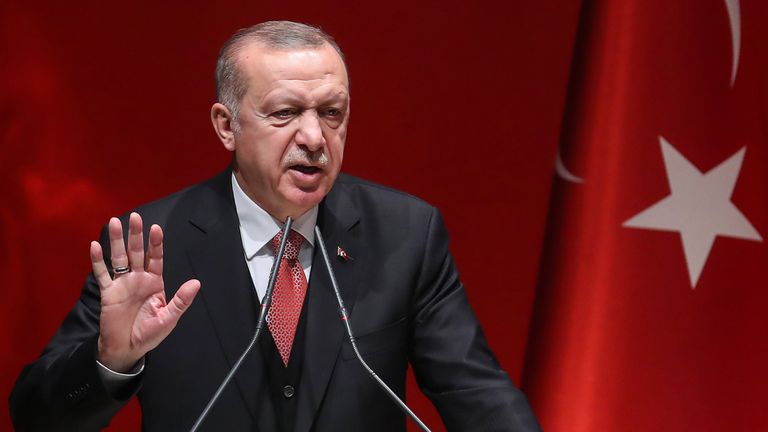 Mr Erdogan has also called for a boycott of French products.

Lord Ricketts, a former UK ambassador to Paris and former national security adviser, described what is happening in France as a “big cultural clash”.

In the wake of the attacks, he said the French authorities should be reaching out to Muslim leaders in the country to condemn the violence and help bring people together.

France needs a “calming voice from the Muslim community”, he said.