The Chinese government is forcing Uighur women and members of other minorities to take birth control as part of a campaign to curb its Muslim population, according to a major investigation.

The alleged programme has been conducted by the state even as it encourages some of the country’s Han majority to have more children and was described by some experts as “demographic genocide”.

According to the probe’s findings, officials regularly subject minority women to pregnancy checks and force intrauterine devices (IUDs), sterilisation and even abortion on hundreds of thousands.

It said that while the use of IUDs and sterilisation has fallen nationwide, it was rising sharply in the far west region of Xinjiang where the campaign was being carried out.

The AP found the population control measures were backed by mass detention both as a threat and as a punishment for failure to comply.

It said having too many children was a major reason people are sent to detention camps, with the parents of three or more taken from their families if they cannot pay huge fines and police raiding homes to hunt for hidden children.

Gulnar Omirzakh, a Chinese-born Kazakh, said the government ordered her to get an IUD inserted after she had her third child.

She said two years later, in January 2018, four officials in military camouflage turned up at her home anyway and demanded she pay a $2,685 fine within three days for having more than two children. 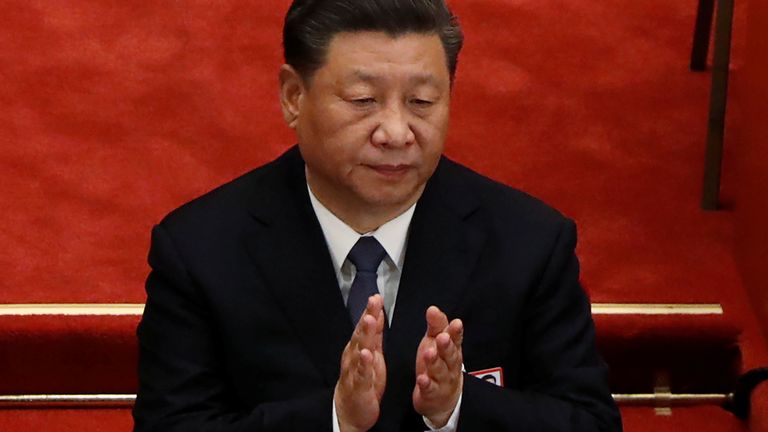 The wife of a detained vegetable trader said they told her that if she did not, she would join her husband and a million other ethnic minorities locked up in internment camps – many for having too many children.

“God bequeaths children on you. To prevent people from having children is wrong,” a tearful Ms Omirzakh said.

“They want to destroy us as a people.”

A series of interviews suggests the campaign had created a climate of terror around having children, with rates in mostly Uighur regions falling by more than 60% from 2015 to 2018

China scholar Adrian Zenz said: “This kind of drop is unprecedented… there’s a ruthlessness to it.

“This is part of a wider control campaign to subjugate the Uighurs.”

For decades, China had one of the most extensive systems of minority entitlements in the world.

Uighurs – who are predominantly Muslim – and other groups got more points on college entrance exams, hiring quotas for government posts and laxer birth control restrictions.

But those benefits continue to be reversed under President Xi Jinping, China’s most authoritarian leader in decades.

“It’s not immediate, shocking, mass-killing on the spot type genocide, but it’s slow, painful, creeping genocide. These are direct means of genetically reducing the Uighur population.”

Darren Byler, an expert on Uighurs at the University of Colorado, said: “The intention may not be to fully eliminate the Uighur population, but it will sharply diminish their vitality, making them easier to assimilate.”

AP said the Chinese Foreign Ministry referred multiple requests for comment to the Xinjiang government, which did not respond.

Chinese officials have previously claimed the new measures are merely meant to be fair, allowing both Han Chinese and ethnic minorities the same number of children.