BBC meteorologist Ben Rich pointed to recent satellite pictures which show some unsettled weather towards the south-west of Europe. He noted there had been some very showery conditions for the Canary Islands already. The weather presenter told viewers that there is a band of low pressure circulating around the area.

He said: “This will bring some pretty heavy downpours across the southeast of Spain over the next couple of days.

“There are brisk winds as well and there could be some localised flooding.

“Further east, we’ve got another weather system bringing some thundery rain across parts of Turkey and Greece.

“Further north, into the Balkans over high ground, there’ll be some quite significant snow.” 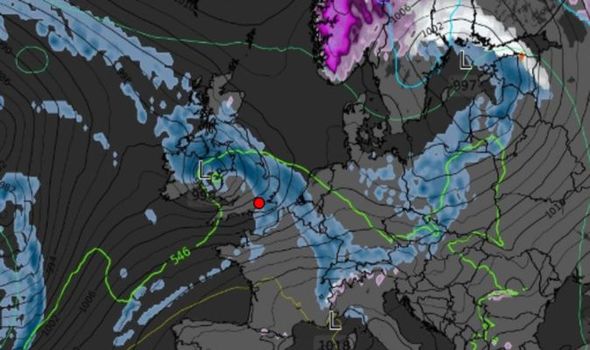 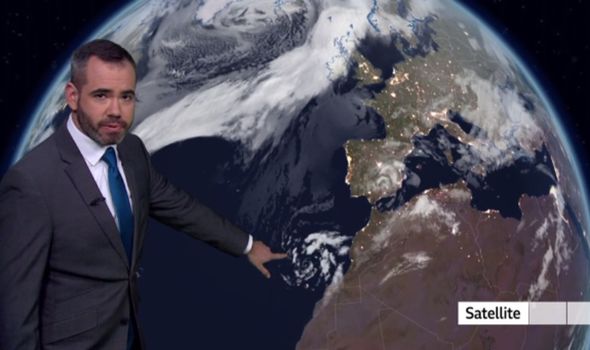 Mr Rich continued: “Generally speaking, it is rather chilly across much of Europe.

“Four degrees in Bucharest and seven in Budapest on Tuesday afternoon.

“You can see that heavy rain affecting the south and the east of Spain.

“It’s looking fine for the Canaries and for Madeira on Tuesday.” 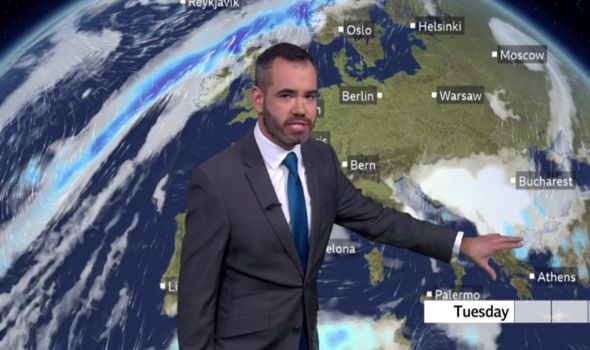 The BBC presenter added: “Further north, there’ll be dry weather and some sunshine for much of France and Germany into Poland and the Baltic states.

“But it will feel rather cool here.

“As we go on into Wednesday it does look a little bit drier by this stage across the southeastern parts of Spain.” 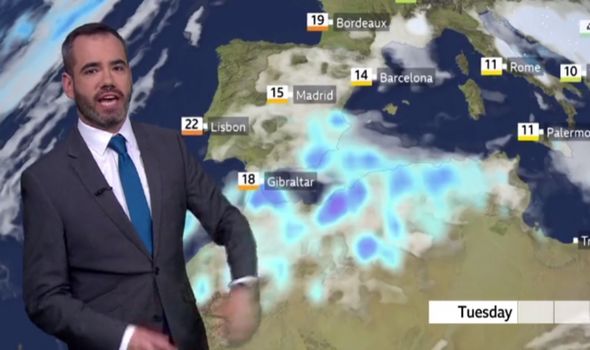 Mr Rich also told viewers: “But we’re likely to see some very heavy rain drifting its way into some portions of Greece.

“As we look further ahead in London, it stays dry for the next few five days.

“But it does turn colder by the weekend with temperatures around 11 to 13 degrees in Paris.

“It will also stay dry in the French capital.

“It will turn a little milder for a time in Berlin while very unsettled in Athens.”