BBC meteorologist Nick Miller informed viewers “high pressure” is going to produce some “drier, calmer weather” across a large part of Europe in the coming days. However he also noted this wouldn’t be the case for everyone. The weather presenter predicted a “disturbance” moving its way southwards with some cloud.

Mr Miller told viewers: “There’ll be some rain associated with that.

“So by the time we get to Saturday, that will start to push its way eastwards.

“We’ll still have some downpours and some snow around into the Alps.

“More of the southeast of Europe will be turning wetter from Saturday into Sunday with some showers developing.” 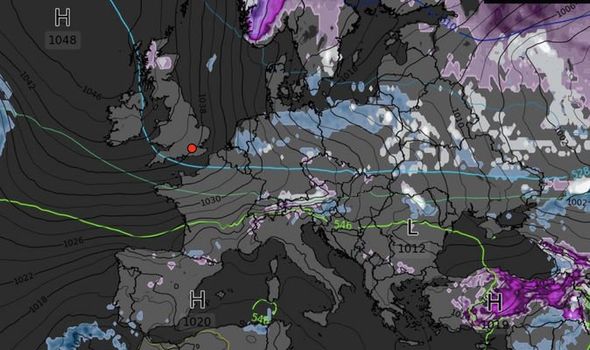 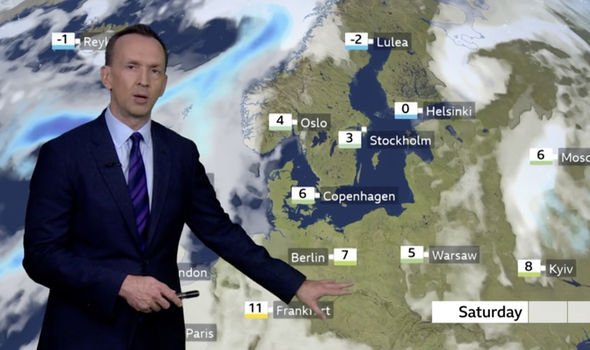 He continued: “The western half of Turkey is looking quieter though for Saturday.

“Some of us in Italy will be seeing some wet weather.

“Across Iberia, it’s been very very warm, but things are going to be cooling as a weather front here will push on through, introducing some wetter weather here and lower temperatures.

“More rain edging into parts of the United Kingdom during Saturday.” 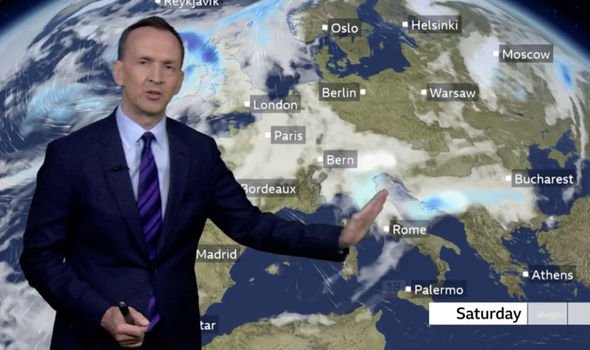 “Strong winds will push on towards Poland, Lithuania and into Finland.

“In Sunday’s forecast, many places are looking fine with some sunshine.” 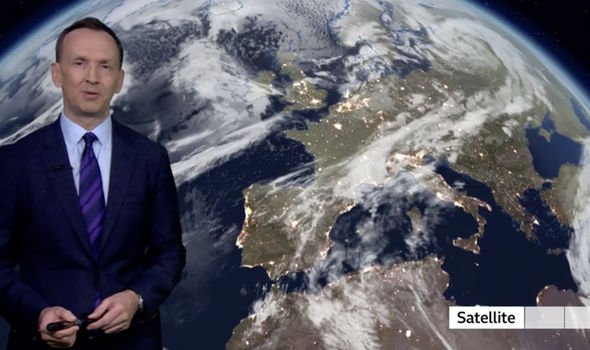 “We will find things turning more showery and cooler for the time being in Madrid.

“The next week in London things are looking quieter.

“There’ll be more in the way of sunny spells and temperatures here are edging up a few degrees.