KUALA LUMPUR (Reuters) – Having lost leadership of Malaysia to an ally he says “double-crossed” him, 94-year-old Mahathir Mohamad insists he feels duty-bound to remain a player in the Southeast Asian nation’s political scene. 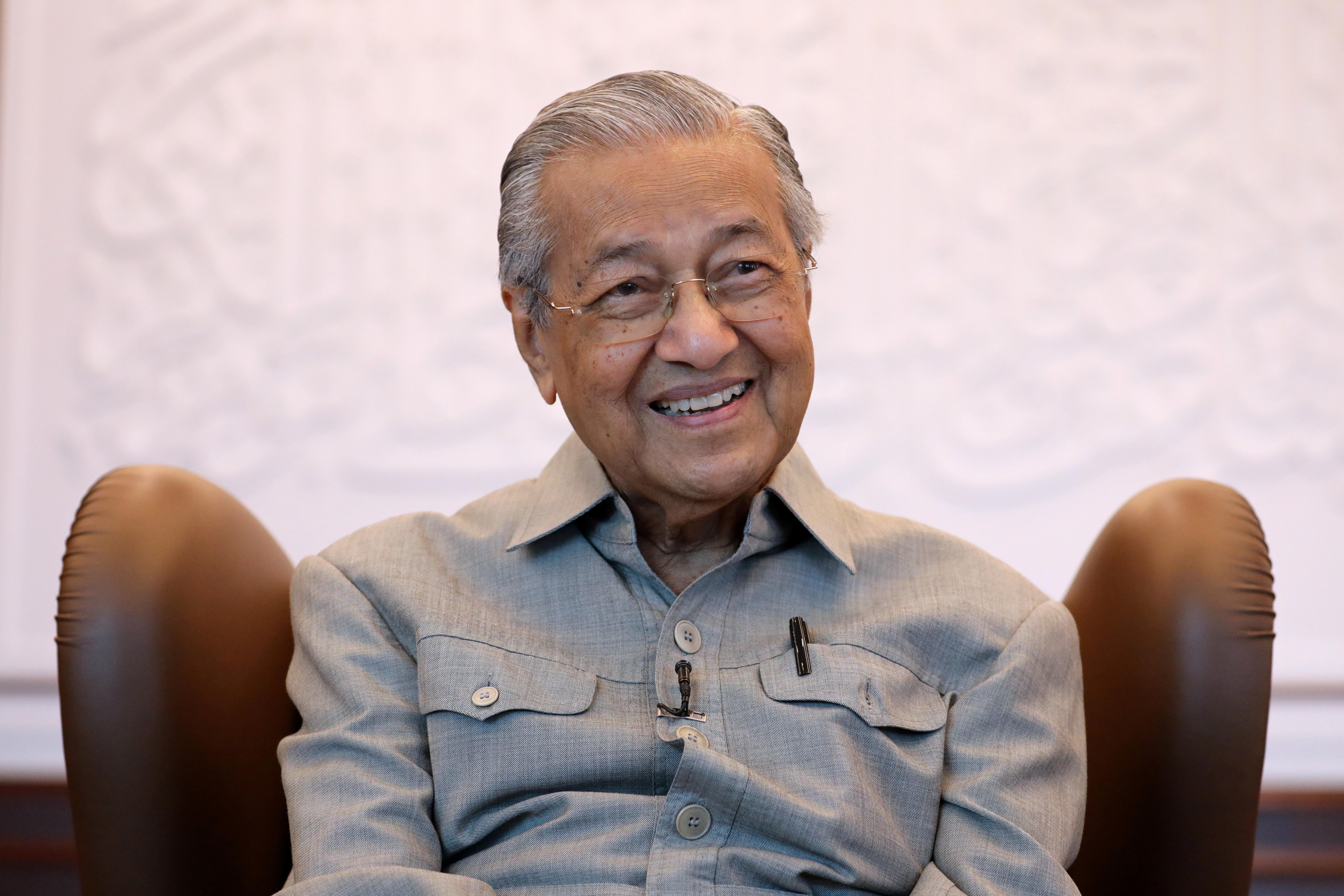 Malaysia was plunged into turmoil when Mahathir quit as prime minister on Feb. 24, as his multi-ethnic coalition broke apart, to be replaced by an alliance of conservative ethnic Malay parties led by his erstwhile lieutenant Muhyiddin Yassin.

“I want to retire. But even now, they keep on saying, ‘are you going to come back? Are you going to help us?’” Mahathir said in an interview at his office in Kuala Lumpur.

“I will be very selfish if I say I want to enjoy life and all that. To me, this is a duty.”

Still recovering from the political back-stabbing, Mahathir appeared concerned by the risk of coronavirus as he greeted Reuters reporters with the Indian-style namaste, pressing his palms together, rather than shaking hands.

Mahathir was first prime minister between 1981 and 2003. He came out of retirement to join hands with old rival Anwar Ibrahim to oust the corruption-tainted United Malays National Organization led by Najib Razak. But, his second stint in power lasted less than two years.

He was replaced by his former interior minister Muhyiddin, who was able to command more support in their Bersatu party and broke with Mahathir to ally with UMNO, which had lost the 2018 election amid a backlash over a multi-billion dollar graft scandal at state fund 1Malaysia Development Bhd. The new ruling alliance also includes a Malay Islamist party, PAS.

This week, Muhyiddin said he had written to Mahathir to request a meeting and apologize, but he is likely to be given short shrift.

“What’s the good of asking for forgiveness when he did this thing in front of me. He split up my party because he wanted to be a prime minister,” Mahathir told Reuters.

Mahathir said he will wait and see how Muhyiddin deals with ruling coalition leaders who are facing corruption charges, including former premier Najib, before deciding on any possible reconciliation with the prime minister.

“I’m watching what this government is going to do with the people who are under trial… Whether it is a proper conviction, whether the sentence is commensurate with the crime committed,” said Mahathir.

“All these things we have to see.”

Najib is now facing dozens of corruption charges over state fund 1MDB, from which U.S. and Malaysian investigators say over $4.5 billion was misappropriated. He has pleaded not guilty.

Mahathir said the United States should “think twice” before giving Malaysia back the money recovered from its anti-kleptocracy probe, as the party accused of graft at 1MDB was back in power.

Next month, Mahathir said he plans to seek re-election as chairman of his Bersatu party. He expects Muhyiddin, as party president, to be challenged by others.

Muhyiddin’s move against Mahathir stemmed from fears that the coalition was losing Malay support due to the presence of ethnic-Chinese politicians. He also did not want Anwar to take over from Mahathir, sources have told Reuters.

Mahathir said Anwar should be patient in his pursuit of the premiership and that Anwar is “not all that popular” at the moment.

Reuters reported this month that the political machinations that led to Mahathir’s resignation began several months ago with his knowledge, the aim being to block Anwar from taking power. 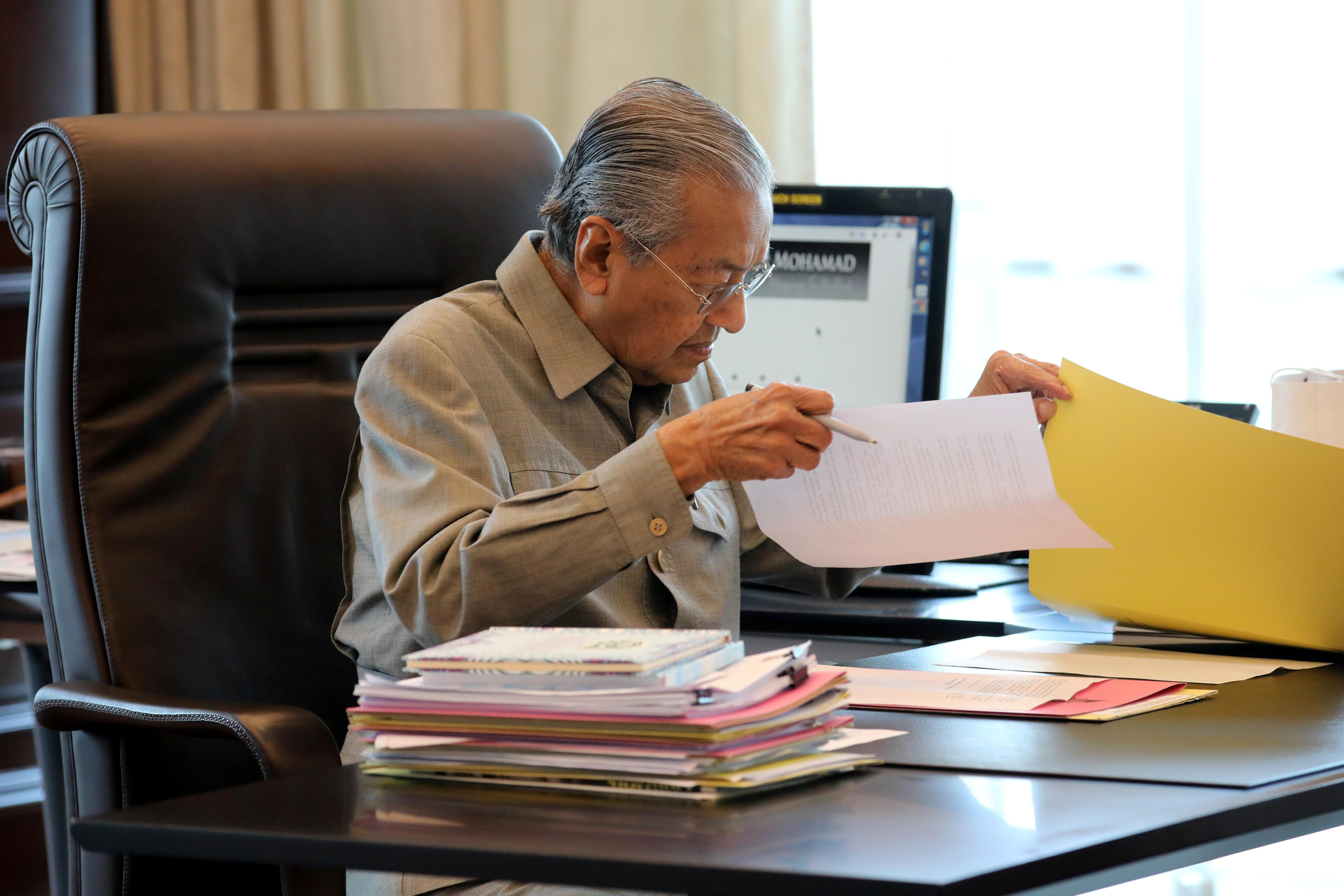 Mahathir said he was aware of talks between some in his coalition and the then opposition, but he never expected them to go against his word.

“I was aware they were talking,” he said, adding that he had never asked them to stop the talks. “No, I never asked because I feel that I have a strong argument. And I thought that people will follow me.”