The mass grave, which contained 270 skeletons, was discovered in Las Llamas, near the city of Trujillo, northern Peru. Experts concluded that the graveyard was the scene of a violent ritual which saw children aged between five and 14 killed in a ceremony. The sacrifice was believed to have taken place around 550 years ago. Alongside the 270 human remains were also 200 llama skeletons.

The religious leaders who carried out the killings are thought to have been part of the Chimu empire, a powerful society that predated the Incas.

Experts believe that the children were sacrificed by the Chimu people in an attempt to appease their gods.

They believed their deities had inflicted devastating weather conditions upon them – and therefore reprieve by offering sacrifices to their gods.

The floods and extreme events were actually products of the regular El Nino climate phenomenon.

Excavation of the site started in 2011, but the discovery was revealed by National Geographic in August last year. 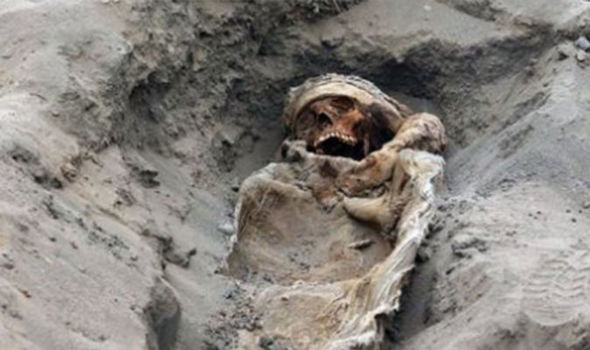 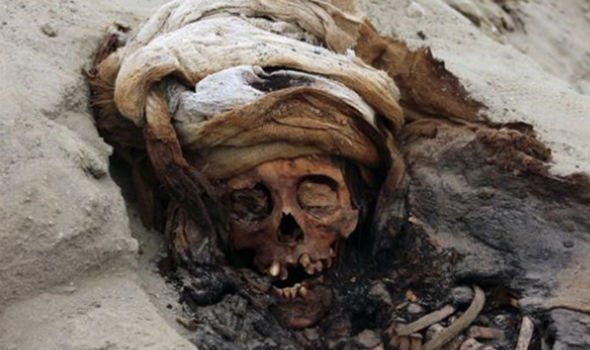 “Llamas were also very important because these people had no other beasts of burden, they were a fundamental part of the economy.”

The dig also unearthed footprints that showed how the children were marched to their deaths at the spot from the ancient city of Chan Chan, about a mile away. 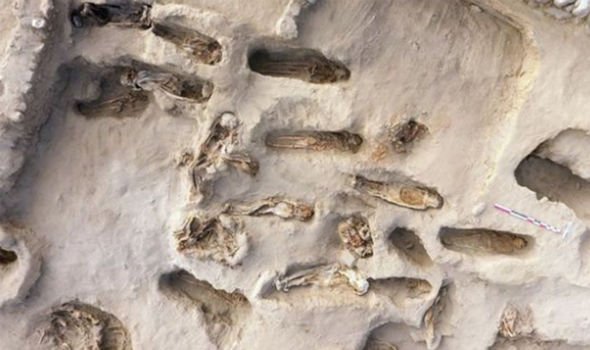 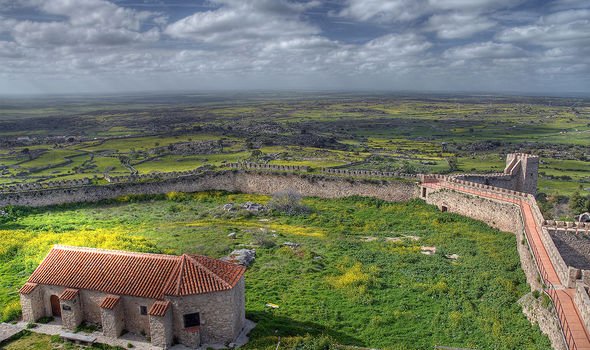 A study of their anatomy revealed the killings were performed with a ceremonial knife and efforts had been made to remove their hearts.

He said: “Reports of very large sacrifices are known from other parts of the world, but it is difficult to know if the numbers are exaggerated or not.

Mr Quilter and his planned to analyse DNA from the children’s remains to see if they were related and to find out where they came from. 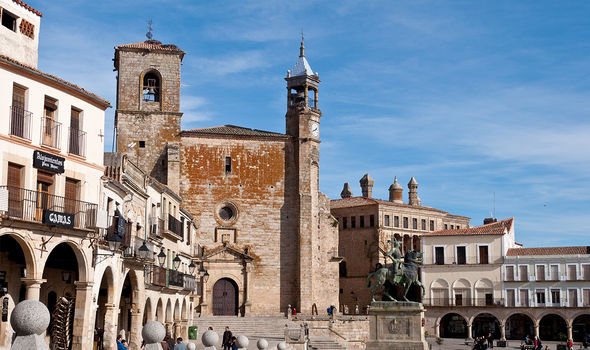 Several other ancient cultures in the Americas also practised human sacrifice, including the Mayans, the Aztecs and the Incas.

Chimu culture arose about 900 AD on the north Peru coast and was later conquered by the Incas in about 1470, fifty years before the arrival of the Spanish.

Excavation continued at the mass burial site, and archaeologists said more bodies may still be discovered.

Chief archaeologist Feren Castillo added: “It’s uncontrollable, this thing with the children. Wherever you dig, there’s another one.”