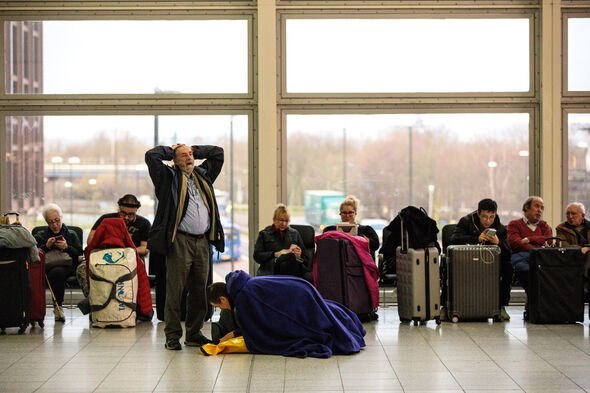 The group from Kent, aged 75 to 92, each paid £675 for the break, which included an easyJet flight to the Isle of Man from Gatwick.

But high winds forced the crew to land in Manchester and three-and-a-half hours later the flight was cancelled.

The 53 OAPs were flown back to Gatwick, but were told there was no hotel accommodation and the next flight was in three days.

EasyJet refused to refund the flight cost because the wind was beyond its control, but has offered to pay reasonable expenses.

Organiser Eileen Booker, 77, left, said: “It was disgusting the way we were treated. Other planes were landing on the Isle of Man. Why they chose to abandon us I don’t know.”

EasyJet said it was “reaching out” to Ms Booker to apologise for the group’s ordeal.