The travel industry is reacting to the death of former United Airlines head of worldwide sales Jake Cefolia, whose remains were identified over the weekend more than 14 months after he went missing in a suburban Chicago forest preserve.

“Our thoughts are with his family, friends and former colleagues during this difficult time,” the Global Business Travel Association said in a statement. “And we also share in the collective support and prayers that so many of those in our industry have shared with one another and on his behalf over the past year.” 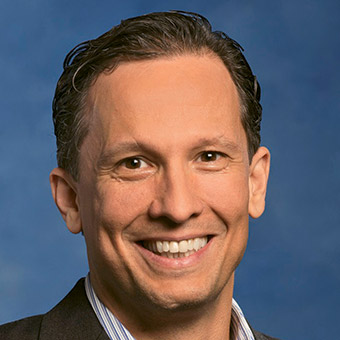 Carolyn Cauceglia, former vice president of strategic sales and account Management for Amadeus North America, said, “Jake’s bright light will live on with all he touched in the travel industry and beyond. He was such an asset and a great business partner to collaborate with. Heartfelt condolences to Jake’s family and loved ones.”

Officials in Illinois’s DuPage County announced Sunday that an autopsy had confirmed that remains found two days earlier in the Waterfall Glen Forest Preserve were Cefolia’s.

Cefolia, 49 at the time, was last seen on Aug. 6, 2020, shortly before driving his vehicle to the preserve’s parking lot. Until late last week, however, his fate remained a mystery. Cefolia’s body had not been found despite extensive searches of the 2,500-acre preserve that included multiple police agencies, volunteers, bloodhounds, drones, boats and ATVs.

The break in the case came Aug. 22, when contractors working at Waterfall Glen found the remains to the south of a youth group campground in the preserve. An autopsy confirmed it was Cefolia.

DuPage Forest Preserve police chief David Pederson said Cefolia was found in an area that had been searched several times. The body was obscured by a dense tree canopy and dense vegetation, including thick briars.

Cefolia was found hanging by a belt from an uprooted tree. His wallets, driver’s license and a backpack with other personal items were also found at the scene. Pederson said there were no signs of foul play. The death investigation is ongoing.

In a statement, United Airlines offered condolences to Cefolia’s family and friends.

“We remain grateful for the support and prayers that so many of our employees — including Jake’s co-workers, have shared with one another and on his behalf over the past year,” the carrier said.

Though the precise circumstances of Cefolia’s death remain a mystery, evidence suggests he was under duress at the time of his disappearance. According to Chicago’s NBC 5, police reports show that officers in the Elmhurst, Ill. police department, where Cefolia lived, executed a search warrant on his home the day before his disappearance.

Cefolia was never charged with a crime.