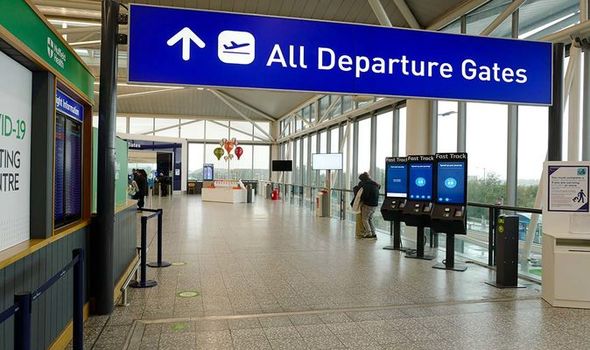 Currently the 54 places that travellers are told to avoid include Mexico, Cuba, mainland South America, south and east Africa. Arrivals to Britain from the locations must spend 11 nights in a quarantine hotel, which costs £2,285 for solo travellers, even if they are double-vaccinated.

Ministers are expected to reveal today which countries will escape England’s red list, following a meeting.

Devolved administrations in Scotland, Wales and Northern Ireland set their own rules but have mirrored Westminster decisions.

Paul Charles, the chief executive of travel consultancy The PC Agency, predicted that only a handful of less-visited areas – such as Afghanistan, Haiti and Somalia – would remain on the red list.

He said this would be “a major step forward”, while removing Mexico, South Africa and Thailand from red status would send “a confidence boost across the sector”.

The Government may also use its travel update to say when fully vaccinated arrivals in England can use a cheaper lateral flow test rather than the more expensive PCR version for their secondday checks.

Separately, the Foreign Office has lifted its advice against nonessential travel to 32 countries and territories, including Bangladesh, Fiji, Gambia and Malaysia.

The change should make it easier for people visiting these locations to obtain travel insurance.