A novice camper needed a vacation. What are the options during the summer of Covid-19? 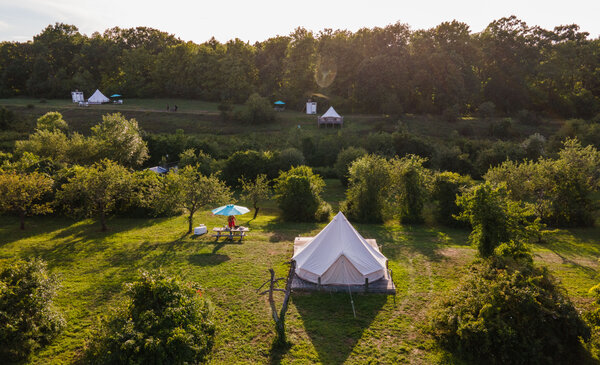 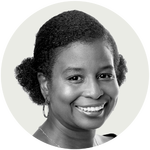 I’ve never been an outdoorswoman. Though I’m from Texas, spent pivotal teenage years in Kentucky and grew up around hunters and farmers, there’s a difference between spending time outside and living, cooking and sleeping with nature.

Giselle Burgess, a mother of five and a Girl Scout troop leader whom I met while researching a book about a troop that started in a homeless shelter, helped me with my first camping trip in 2017. She loves camping, loves the lingering scent of campfire smoke in her clothes and even prides herself on locating, pinching and plucking ticks. Staying at Camp Kaufmann, the sprawling campground owned by the Girl Scouts of Greater New York, I had the right gear thanks to Giselle, but I slept in a bed and was allowed to shower.

I’m not above sleeping outside, and because of my reporting, I never forget that thousands of New Yorkers experiencing homelessness call the city’s streets home. But camping in wooded areas, in a tent? I was scared. All I could imagine was a bear tearing into my tent because a graham cracker crumb from a s’more had followed me.

What’s scarier, more dangerous and more likely than bears this year? The coronavirus. 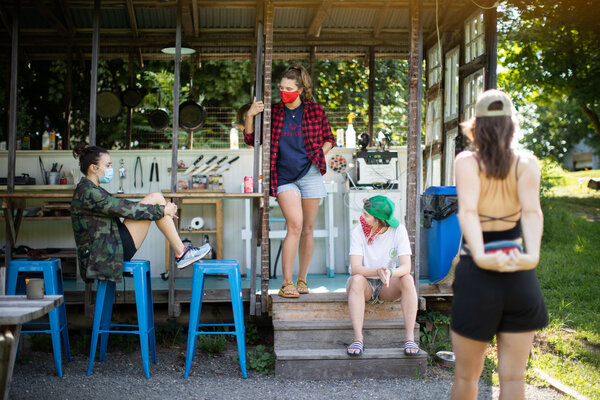 The thought of the virus creeping through the H.V.A.C. systems of hotels and restaurants has paralyzed me. I refuse to even enter grocery stores, opting instead for deliveries, open-air farmers’ markets and a co-op in my neighborhood that only allows one customer at a time every 15 minutes. And while cheap flights keep calling my name, enticing me to travel to a faraway locale, I would spend the entire time worried about other passengers.

All my fears meant the only vacation possible this summer would have to involve the outdoors and camping. But stretching a blue tarp between trees the way Giselle expertly shields a campsite from rain was not happening. First, everyone else in the United States seems to be camping. The best equipment was sold out or appeared to be back-ordered for months. So I opted for a little more comfort and plunged into the no-muss, no-fuss world of glamping.

Hitting the road, then the beach and the woods

My partner and I planned three glamping trips: to Maine, the Finger Lakes and the Hudson Valley. All were within driving distance of my Manhattan apartment and all the sites had new virus-related health and safety measures in place. Altogether, we spent nine nights sleeping under the stars. Sort of.

While the options for “glamorous camping” have expanded at a rapid pace in recent years, glamping can mean staying in anything from a cabin or a tiny house or a yurt. The only consistency we discovered is that some type of shelter has been pitched for you. We encountered tents. At Sandy Pines campground in Kennebunkport, Maine, it was a tented hotel room with a chandelier made of oyster shells, complete with air conditioning and a mini-fridge. At Firelight Camps in Ithaca, N.Y., the tent had fans and a private balcony. (Out of my three destinations, Firelight had the most comfortable bed, though all of the beds were better than a sleeping bag on the ground.)

At Gatherwild Ranch in Germantown, N.Y., we had a small, round tent that was chic, with premium sheets and beautiful rugs. The view was scenic as the single tent sat in the middle of an old apple orchard. It had no electricity, forcing me to rely on a solar-powered lantern and solar twinkle lights that made it feel like we were sleeping with the stars inside the tent.

As for camping gear, in Maine I swapped out my poncho and backpack for a beach umbrella and bag. But in all three places I always carried bug spray and the Go-Sun solar panel, to power my cellphone and computer. We also took a projector to the Finger Lakes that allowed us to turn a wall inside the tent into a movie screen for late-night horror movies. (That wasn’t so easy in the Hudson Valley, because the glamping site requires guests to unplug by cutting off Wi-Fi.)

I saw complaints online that the grounds at Firelight did not feel remote enough, but a rabbit greeted me when we arrived and on my last day, no fewer than 10 rabbits had surrounded the perimeter of our tent. It would have been worrisome had they not all had white cottontails.

Be prepared or find somewhere to eat

Since glamping can mean remote or semi-remote, I packed food and snacks. Though we planned to eat out occasionally, I also wanted to grill and brought chicken, ribs and sausages, which I marinated and kept in a small cooler.

In Maine, friends told me to be prepared to eat lots of lobster. Kennebunkport also boasts some great restaurants with outdoor seating, like Earth at Hidden Pond and Pearl Kennebunk. I also picked up haddock to grill at Free Range Fish & Lobster, and an assortment of local cheeses at The Cheese Shop of Portland. The food from home included pizza dough, which we cooked on a small grill, in a flat cast-iron pan that we placed atop the firepit. It made for great, wood-fired pizza.

At Firelight, before the pandemic, a breakfast buffet would have been offered to guests. Now we were offered a choice of continental breakfast in a personal cooler each morning. I chose a boiled egg, berries, granola and yogurt.

Another big concern for me, even before the virus, was bathroom facilities. The campgrounds in Ithaca and Kennebunkport had shared bathrooms with running water, so I had to have faith that other campers were wearing their masks as directed by staffers and posted signs. While Sandy Pines had small, all-in-one bathrooms with sinks, toilets and showers, Firelight had separate showers and a shared area with toilets and sinks. Every other sink at Firelight was covered in red tape that formed X’s to encourage social distancing. There were signs telling guests to wear masks, but they weren’t always followed. A father showed up with his young daughter who had on a mask. He did not — though he was telling her how to best wash her hands, singing the alphabet song (a little too fast for my taste).

But at Gatherwild, I had my very own bathroom a short walk away: an outhouse with a compost toilet. A chalkboard sign read, “Hi Potty Friends, All paper products go INTO the potty. Generous scoop of wood chips when done. Seat down & Thanks!” I shared an outdoor shower with two other tents. Well-placed bushes made me feel more comfortable, but I could see Pickles and Mama Goaty Sophia, the resident goats, staring at me.

I’m not the only one who decided to let go of things we think we can’t live without, like privacy and indoor plumbing, to get a change of scenery.

Gatherwild’s seven tents and tiny houses were at 99 percent capacity, Laura Sink, the owner, told me as we sat in a barn, six feet apart, which also housed a vintage store. (I bought four lovely scarves there and picked flowers from an adjacent garden before I left.)

“This year it’s off the charts,” said Robert Frisch, the owner of Firelight and its 19 safari tents. “We’re full every night. Every tent.”

At Firelight, the guests looked very different from the campground’s Instagram page, which shows millennial couples kissing in front of their stylish tents and beneath waterfalls. During my stay, babies cried and children screeched in delight or in disappointment. The camp had become more about the fam’ than the ‘gram. But I welcomed the chatter of children who were obviously thirsting for fresh air. They touched the leaves of trees and pushed each other in a swing. They climbed into hammocks. They played red light, green light in an area that once offered cornhole — gone now to encourage social distancing and discourage group play.

Wash your hands, wear a mask

Firelight used to be much more adult, and much more communal, with people gathering each night around a single firepit. Mandated social distancing required the camp to increase the number of firepits: When I arrived in August, there were 10, and some nights I could see the disappointment in the faces of families when they failed to score a firepit. The camp also has grills that took some timing and maneuvering to use.

At Gatherwild, Ms. Sink will take orders for groceries and deliver them to your tent, where a large cooler can keep them from spoiling.

The camp had to invest in these coolers, as well as picnic tables, umbrellas and firepits for every tent, yurt and tiny house at the camp. Because of increased demand and the necessary deep cleaning of tents, pricing looks very different than in the past. I booked Gatherwild for $130 a night, but Ms. Sink said she is now charging no less than $175 a night and guests must book two nights. At Sandy Pines, cleanings of the tents and shared areas were also increased. Rules, such as no-touch check-in and check-out, and capacity restrictions at the pool and general store, were implemented to adhere to social distancing.

From my adventures this summer, I must admit that I’d prefer a flushing toilet, a hot shower, Wi-Fi and a refrigerator. So maybe a cabin and a cottage with lots of windows would be my best bet.

But if I go glamping again, I would pack less. I would leave behind those just-in-case-I go-to-a-nice-restaurant dresses and pack another sweatsuit. There’s a lot of sitting around at camp once night falls, and it gets cold. You want to stay up to enjoy the fire and night sky.

Relaxing in my own space without worrying whether I was six feet away from someone, however, was rejuvenating. At Sandy Pines, I went to a beach and fell asleep on a blanket one afternoon. At Firelight, I took a walk around the property and then followed a trail into nearby Buttermilk Falls State Park. I rode one of the bikes that Gatherwild has available to meander around its old apple orchard. And those starry nights with no face mask in sight were worth a cold shower in front of some goats.

For more travel coverage, follow us on Twitter and Facebook. And don’t forget to sign up for our Travel Dispatch newsletter: Each week you’ll receive tips on traveling smarter, stories on hot destinations and access to photos from all over the world.