García tested positive for the coronavirus just ahead of the Masters in November, and with a trip to Augusta National just weeks away, he is plotting ways to avoid the slight risk of reinfection. 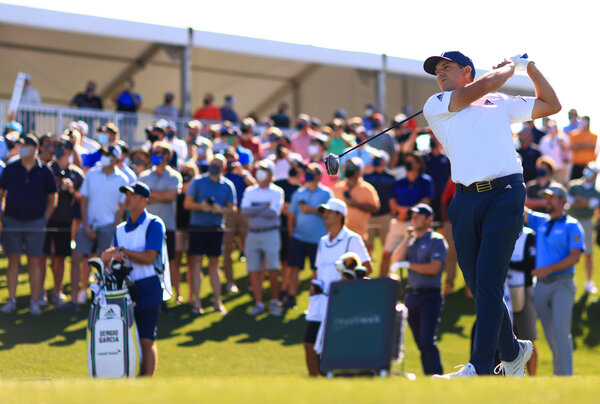 “It’s the littlest things — tiny little things — that can make a round go from wrong to right,” García said. “It doesn’t take much.”

Little things have been on García’s mind for a while, ever since a positive coronavirus test in early November forced him to withdraw from the Masters just days before the tournament, which in 2017 yielded his greatest triumph in the game.

García said his Covid-19 symptoms were minor, although he believed that he infected his wife, Angela, who had a slightly worse reaction. He did not play again until mid-January, although part of that gap was a typical off-season layoff.

García’s performances have been nondescript this year, and with the next Masters — back in its usual spot on the calendar — only weeks away, he is plotting a more cautious strategy to avoid reinfection with the virus, however slight that risk.

Fans have returned to PGA Tour events, with as many as 10,000 welcome each day at the Players Championship this week, and García is happy for the energy the spectators bring. But he is wary, too.