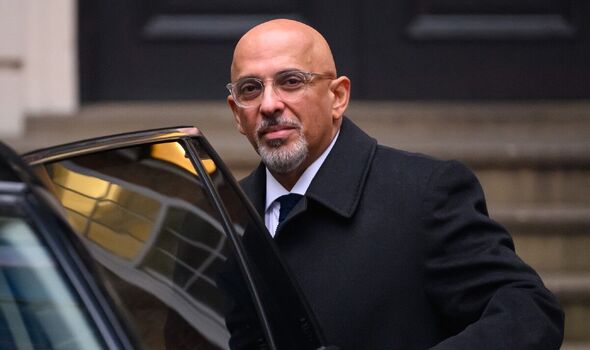 Nadhim Zahawi was absent from the front bench at Prime Minister’s Questions today, as pressure mounts on the Tory party chairman to resign. Prime Minister Rishi Sunak ordered his independent ethics adviser to launch a probe into Mr Zahawi’s tax affairs earlier this week after it emerged Mr Zahawi paid a penalty to HMRC over unpaid tax while he was chancellor. The Tory party chairman has described the error as “careless and not deliberate”.

Addressing the Prime Minister, opposition leader Sir Keir Starmer said: “Someone who seeks to avoid tax cannot be in charge of tax”.

But Mr Sunak said that “no issues” were raised with him when he was appointed to his current role.

He accused Sir Keir of “simple political opportunism”, warning that “everyone can see through it”.

Hitting back, Sir Keir asked Mr Sunak if the job of Prime Minister is “just too big” for him.

The Prime Minister also suggested that he would not sack Mr Zahawi before the independent adviser comes back with his findings, saying it is a “fair and due process”.

According to the Guardian, the former Chancellor paid back tax he had owed as well as a 30 percent penalty, with a total settlement amounting to £4.8m.

The tax was related to a shareholding in YouGov, the polling company he co-founded in 2000 before he became an MP.

Tory party chairman Nadhim Zahawi said he is “confident” he “acted properly throughout”, welcoming an investigation into his tax affairs.

He said he looks forward to “explaining the facts of this issue” to Sir Laurie Magnus, the Prime Minister’s independent adviser on ministerial interests.

Mr Zahawi added: “In order to ensure the independence of this process, you will understand that it would be inappropriate to discuss this issue any further, as I continue my duties as chairman of the Conservative and Unionist Party.”