A new poll has revealed that voters overwelmingly back Suella Braverman’s policy to ban illegal migrants crossing the English Channel from claiming benefits. The announcement was made by the Home Secretary at the Conservative Party conference in Biirmingham in a bid to break the criminal networks behind the people trafficking which has brought 33,500 known illegal migrants across tthe Channel from France this year.

A Techne UK poll for Express.co.uk has revealed that overall 61 percent back the new policy.

But the data also reveals a majority of Labour and Remain voters support the policy, too.

According to the findings, 56 percent of Labour voters want to end illegal migrants receiving benefits from the UK as do 60 percent of Remain voters – despite Labour being pro-open borders and against illegal migration controls.

It comes as the Home Office tries to get the controversial Rwanda deportation policy to work.

If illegal migrants are sent to Rwanda, the hope is it will deter people off from making the perilous journey which places them into the hands of organised crime. 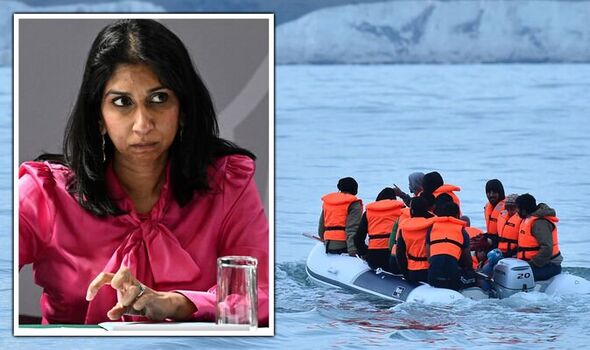 Explaining her policy, Ms Braverman told conference: “It’s right that we extend the hand of friendship to those in genuine need.

“This country has always done so. It did so for my father in the 1960s as a young man from Kenya. We have now welcomed hundreds of thousands of people fleeing Syria, Hong Kong, Afghanistan and Ukraine.

“At the same time we should use our newfound control to deliver the kind of immigration that grows our economy, for example that helps projects that have stalled or builds relationships with our friends and allies.

“Parts of the system aren’t delivering. We need to end abuse of the rules and cut down on those numbers that aren’t meeting the needs of our economy.” 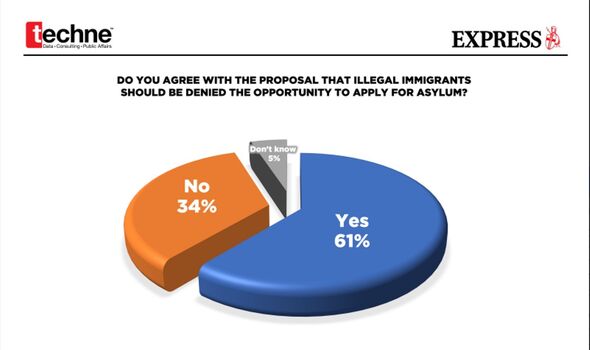 In a torrid week for the Conservative Party and Prime Minister Liz Truss, Ms Braverman’s tough stance on illegal migrants is the party’s most popular policy.

Polling by Techne has also revealed that the Tories are losing almost two to one in trust on the economy after Ms Truss’ tax cuts backfired and led the pound to crash.

Ending the migrant crisis is seen as key to retaining the Rd Wall seats the Tories won off Labour in 2019 which gives them a chance of holding on to power.

However, the Techne UK survey of 1,624 voters this week also revealed that Labour has a 22-point lead in the polls and are heading to a 322 majority according to the prediction website Electoral Calculus.