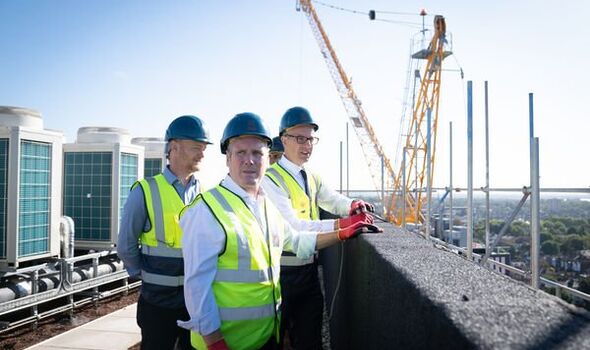 Sharon Graham, general secretary of one of the UK’s biggest unions, Unite, laid into Sir Keir as dockers at Britain’s largest container port downed tools for the first time in 30 years.

She said: “I really hope what’s not happening here is that the party created by workers is now embarrassed to stick up for workers.”

Her intervention came three days into an eight-day strike at the Port of Felixstowe, where almost 2,000 dockers have walked out in a dispute over pay.

Several people who have worked for decades for Felixstowe Dock and Railway Company, which operates the port, said they are relying on food banks and struggling to make mortgage payments.

The union is calling for a 10 per cent pay rise to keep wages roughly in line with inflation, while the port has proposed a 7 per cent increase plus a £500 payment.

Asked on LBC if Sir Keir supports the strike, Ms Graham said: “For me, actions speak louder than words, and I’d have to say no.”

She went on: “This is the time that workers need a voice, you know, they need people in their corner. I’m firmly in their corner – I’m getting a lot of flak for it but I don’t mind – and I’d like Labour to do the same.”

Ms Graham also played down claims that raising workers’ pay could fuel inflation. She said: “It’s not wages causing any part of inflation at the moment – wages are down, actually, by 3 percent.”

“The second spike of inflation is down to profiteering and the profiteering of companies. The top 350 companies in Britain, their profit margin has gone up by over 73 percent since before the pandemic.”

According to accounts filed with Companies House this month, Port of Felixstowe Limited saw its profit after tax increase by 15 percent to £53million between 2020 and 2021.