Boris Johnson's demise was 'due to Brexit' says Rees-Mogg

Given the choice, Tory members would vote for Mr Johnson in the current leadership race. A survey by Opinium reported the incumbent at No10 would crush both of the Tory leadership contestants in a head-to-head vote.

If a run-off with Ms Truss, 63 percent of party members would chose the Prime Minister compared to the Foreign Secretary.

Meanwhile, the result was even starker in a run-off with Mr Sunak as 68 percent said they would back Mr Johnson and just 19 percent opted for his former chancellor.

Opinium spoke to 570 Tory members between August 8 and 12.

Many supporters of the Prime Minister continue to feel angry at the way he was ousted from power, with some even demanding he is included on the ballot paper to allow members to vote for themselves if they would like Mr Johnson to remain in place. 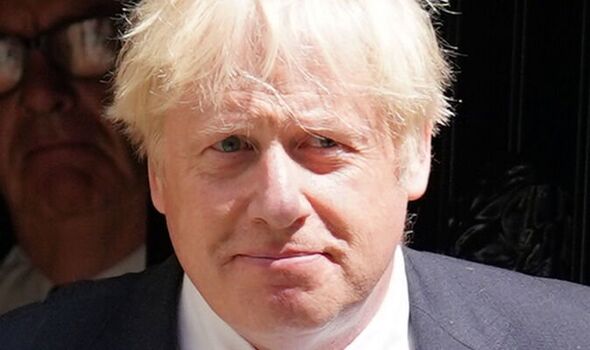 However, over the weekend, close ally Jacob Rees-Mogg told those loyal to the Uxbridge & South Ruislip MP that it was “not realistic” that he could stage a comeback.

“Nobody’s come back having lost the leadership of the party since Gladstone,” he told GB News as he referenced the 19th century Prime Minister.

“I just don’t think in modern politics, the chance of coming back is realistic.

“Lots of people think they’re going to be called back by a grateful nation which is why Harold MacMillan waited 20 years before accepting his peerage.

Mr Rees-Mogg is backing Ms Truss as the best option to take over running the country. 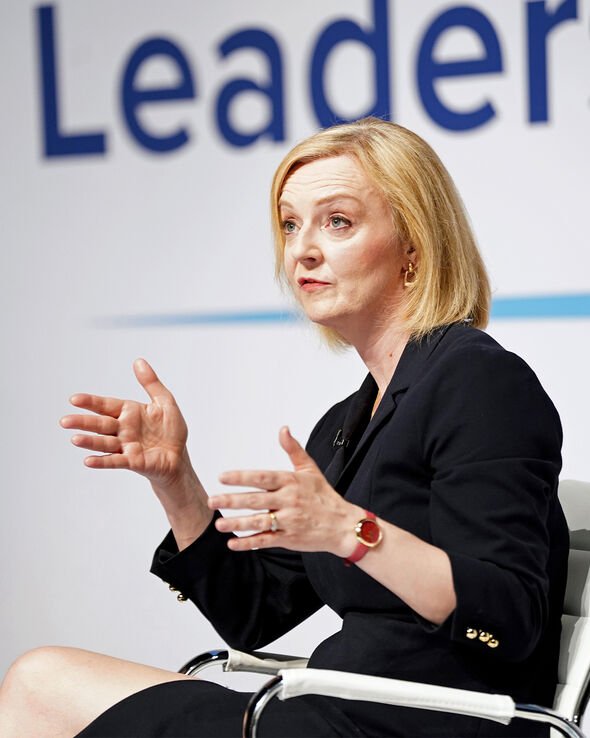 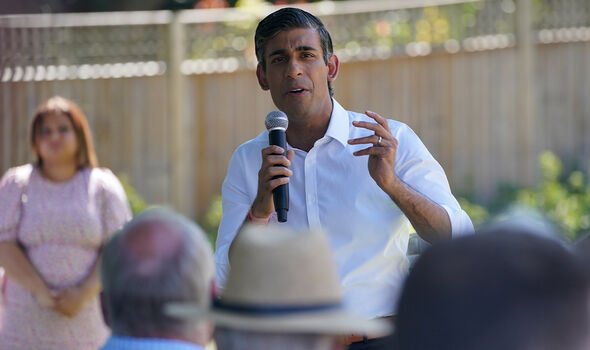 He continues to believe the “disloyalty” of Mr Sunak is to blame for the downfall of Mr Johnson and has accused him being a “socialist”.

While the former Chancellor quit last month, sparking an avalanche of Government resignations and the eventual end to the Prime Minister’s tenure, Ms Truss continued to serve in the Cabinet.

The Foreign Secretary has described herself a “a loyal person” who “supported our Prime Minister’s aspirations”.

Her decision to remain in Mr Johnson’s top team appears to be paying off, with the Opinium poll findings Ms Truss has a 22-point lead over Mr Sunak. 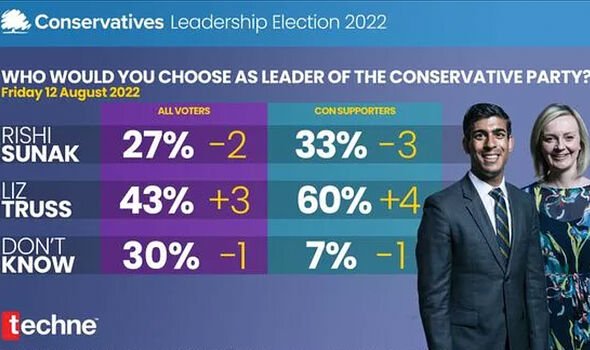 It found 61 percent support the South West Norfolk MP compared to 39 percent for her rival.

The results are broadly similar to those found it the latest Express.co.uk tracker poll.

The survey, carried out by TechneUK last week, found Ms Truss now has the backing of 60 percent (up four) of Tory voters compared to just 33 percent (down three) for Mr Sunak.

A source close to Ms Truss said: “Liz is bringing a positive message, connecting with members and showcasing her vision to govern as a conservative.”